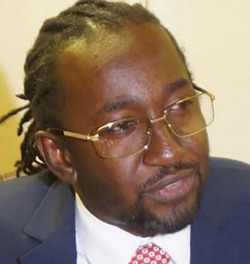 The Zhuwao Brief Reloaded (ZBR) notes the purge of senior police officers that has been effected in the Zimbabwe Republic Police by the coup conspirators and terrorist junta.
This purge has been effected to ensure the entrenchment of kleptocracy and institutionalize the primitive accumulation ethos of the ideologically vacuous coup conspirators and terrorist junta. The coup conspirators and terrorist junta are so ideologically vacuous that their only motivational imperatives are the entrenchment of kleptocracy and the institutionalization of primitive accumulation.
This ZBR entitled “#2018Resistance to Kleptocratic Primitive Accumulation” is inspired by the brave efforts of Thandekile Moyo (whose twitter handle is @mamoxn) who tweeted on 16th January 2018 a video of a member of the Presidential Guard of the Zimbabwe National Army who refused to pay for a ride on a privately owned commuter omnibus public transport vehicle, popularly referred to as a kombi. Her comments on the video were as follows: “In Kombi & some1 didn’t pay. Witch-hunt time! Conductor asks every1 who they handed their $1 to. Asks soldier next of next to me to pay &he says for what? Refuses to pay. Kombi stops they tell him to get off. He refuses. Flat out! Journey continues. #Kutonga kwaro (means the rule of the crocodile). #Zimbabwe”.
This apparently small incident provides the window to understanding that the purges of senior police officers are designed to frustrate, threaten and terrorise the police from investigating criminal activities that are being done by the coup conspirators and terrorist junta as they move to entrench kleptocracy and institutionalize primitive accumulation.
[As an aside, please note that Chiwenga had initially ordered that thirty senior police officers be purged when Mnangagwa was away. Mnangagwa came back and reduced the purge to eleven. These inconsistencies point to an escalation of simmering conflict between the coup conspirators and the terrorist junta in the not too distant future that will end in bloodshed.
Vacharidzirana (literally means they will open fire on each other). The ZBR’s #2018Resistance series has and will consistently refer to the current regime in Zimbabwe as the coup conspirators and terrorist junta to reflect both their dual factional makeup of the Lacoste and COSLEG (refer to UN report of DRC plunder) factions under the respective leadership of Mnangagwa and Chiwenga.]Advertisement