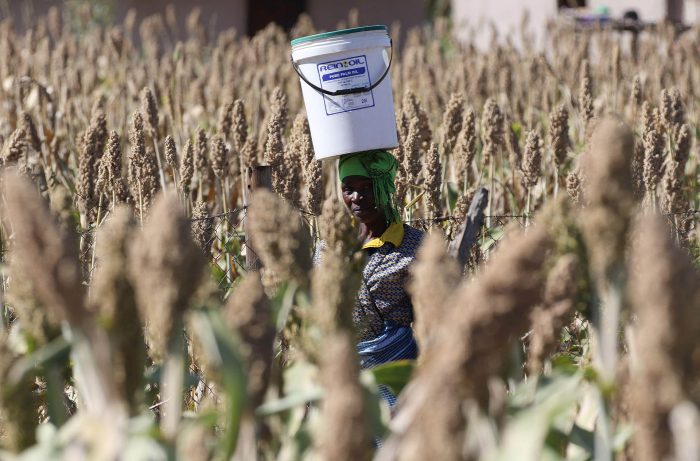 THE only alcoholic beverage Audrey Madzima could drink when she was younger was Hwahwa (pronounced wa-wa), a drink made of local grains.

“It didn’t really have an age restriction; everyone was welcome to drink it,” she says. “I remember I was 14 at the time. I had a huge cup, got drunk, and had fun.”

It was only made for special events, she adds, which were usually family gatherings. “It was interesting and fun to be allowed to get drunk with the elders.”

The term Hwahwa is an umbrella term for alcohol in the Shona language of Zimbabwe, and it is a fundamental aspect of Zimbabwean culture. A celebratory drink, Hwahwa brings people together and connects them to those who have passed on.

All Hwahwa is not made the same way. It can either be made from sorghum, which is most used in the Zimbabwean province Matabeleland or rapoko, a finger millet more commonly used in Mashonaland and Manicaland. The choice of ingredient depends on the location of the maker.

To make the rapoko-based hwahwa, the rapoko is put into a large clay pot with boiling water, then left to cool. After that, it is left to ferment for seven days, at which time it is ready to be consumed.

Hwahwa serves an array of purposes. In some rural areas, it is a commercial enterprise by which distillers support their families.

It’s also used for funereal rites. In the year after someone dies, their family members will go to a rural home to make Hwahwa svitsa. This ritual is believed to bring the spirit of the person back to the family and is an important part of the grieving process for many Zimbabweans.

At midnight, the Hwahwa is poured onto a goat believed to represent the spirit of the deceased. If the goat shakes off the liquid, that means the spirit has accepted the mourners’ gesture.

If it doesn’t shake off the Hwahwa, however, the deceased spirit is not yet settled. In that case, a family member might need to speak up to explain why.

Shelta Munjoma, a mother and villager, attended a ritual for her aunt in Murewa two years ago.

“If the departed person wants to talk, they will talk through someone in the family,” says Munjoma. “If there is nothing that they want to say, nothing will happen.”

There is a common belief that if the deceased died under violent or mysterious circumstances, their spirit will manifest and explain what happened through a family member.

“Normally, it is girls who get possessed,” says Munjoma. “I don’t know why, but that’s what usually happens.”

Hwahwa plays a crucial role in other aspects of Zimbabwean life, too, especially the spiritual side. Hwahwa Svitsa is specifically brewed to appease unhappy spirits, often done when families are experiencing sickness or having personal troubles they feel may be linked to a deceased relative who didn’t have a Svitsa when they passed on, or a sign they are not resting peacefully.

In the late 1800s, however, during a colonial period, some Zimbabweans embraced Christianity and began to distance themselves from traditional rituals.

“It doesn’t align with my Christian religion, ” says one Zimbabwean who prefers to remain anonymous. “Growing up Christian I didn’t practice the culture.”

But some Christian Zimbabweans find a way to meld these two parts of themselves. They still respect and appreciate the roots of their culture. After all, Hwahwa is so much more than just a beverage.

Every drop of the drink is filled with what Zimbabweans value most: identity, community, and family.