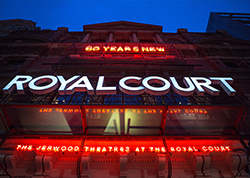 HOW do families deal with the loss of a loved one? Moreover, how do you cope with the loss of a loved one when there is no body to grieve?
The themes of grief and loss in human relationships pervade most of our literature and especially the shock and trauma of unclear loss. In Sophocles’ Antigone, the central question is how Antigone mourns her brother where there is no body to grieve.
Jez Butterworth’s new hit play The Ferryman confronts the same question. How to deal with the disappearance of a family member and the resultant elusiveness of closure.
The Ferryman is set in the early 80s during the ‘troubles’ in Northern Ireland. Bobby Sands had gone on a hunger strike and dying after 66 days – with the then Prime Minister Margaret Thatcher refusing to yield and insisting that ‘Crime is crime is crime’ – and nine other hunger strikers following Bobby Sands to his grave. The large and boisterous Carney family laments the vanishing of a husband, brother, father, nephew, cousin and uncle.
On a personal note, this play resonates upon reflections about Zimbabwe and the violence of the War of Liberation, Gukurahundi and the Land reform era. It seems that one of the things that ails Zimbabwe is that as nation we have never found closure for the aforementioned violence and unlike countries where there were Truth and Reconciliation forums, we have never had formal settings to deal with the emotional baggage that comes with conflict and especially the disappearance of loved ones. Think of Rashiwe Guzha, Itai Dzamara and countless others.
The central relationship of the play is between Quinn Carney, the brother of the vanished man and Caitlin Carney, the wife of the missing man brilliantly played by Will Houston and Sarah Greene and as one reviewer put it, a couple whose secret yearning is exquisitely captured in their slow-motion blindfold dance.
Absence suffuses this play. The absent aunt suffering from dementia who drifts in and out of consciousness. Quinn Carney’s wife who absents herself from her marriage no doubt feeling threatened by the relationship between her husband and her sister in law. The grieving son – Oisin Carney who absents himself from his mother Caitlin and the rest of the family.
The troubles in Northern Ireland where many a loved one disappeared without their families knowing their whereabouts or fate provides the perfect backdrop for The Ferryman and what Professor Pauline Boss refers to as ambiguous loss.Advertisement

Ambiguous loss comes in two forms – physical and psychological. The former occurs when loved ones disappear and there is no body to bury nor DNA evidence to effect closure. Whereas psychological ambiguous loss occurs when a family member is physically present in body but not in mind. The Carney family grapples with both forms of loss.
Ably directed by Sam Mendes, he of the James Bond Spectre fame, The Ferryman is a truly wonderful play which shows that theatre much like for the ancients is great medium for asking deep existential questions about the human condition and to explore the profound mysteries of life.
The Ferryman is at the Royal Court, London, until 20 May, then at the Gielgud, London, from 20 June to 7 October and due to popular demand has now been extended until January 2018.