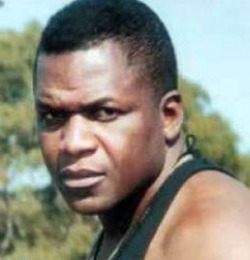 MUSICIAN Clive Malunga Thursday blamed MDC youths when he appeared before the courts on charges of stealing three cell phones from his client.
Malunga, 57, appeared before magistrate Gideon Ruvetsa facing theft and malicious damage to property charges. He was remanded out of custody pending his trial which is expected to continue on September 13 this year.
Allegations against him arose on May 8 this year when he allegedly moved the property of his tenant, Sharon Chinoputsa, 31, out of his Greendale house in her absence.
Prosecutors allege that he damaged Chinoputsa’s property including a washing machine, food processor, plates and water glasses.
Court heard Chinoputsa also found her two Samsung galaxy tablets, a Vodafone cell phone and car keys missing after Malunga intruded into her rented apartment.
Malunga’s defence is that the allegations were fabricated by his tenant whose husband became angry after he established that his wife had been thrown out of the house.
He argued that Chinoputsa’s security guard assaulted his daughter on the day in question and he opened a case against him prompting the complainant to lie against him.
Malunga also told court that Chinoputsa in fact helped him to take the property outside but her husband arrived later in company of some MDC youths who were violent before they returned the property back into the house.
He contends that if his tenant’s property went missing, the youths could be the suspects.
Devoted Gwashavanhu Nyagano appeared for the state.Advertisement