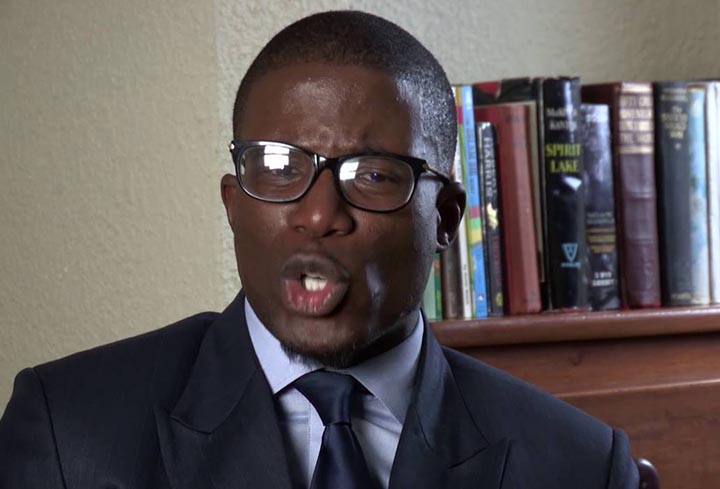 By Mary Taruvinga I Court Reporter

FORMER opposition Viva Zimbabwe leader William Mutumanje, better known as Acie Lumumba, has told a Harare court that he compensated “a friend” he was accused of fleecing some $8,000.

Lumumba appeared before Harare magistrate Nomsa Sabarauta on Wednesday and told the court that he wanted the case withdrawn.

On last appearance, the matter remanded to this week for trial commencement, but defence lawyer Webster Chinamora said he was not prepared to proceed because he had not familiarized with the case and also wanted to engage the prosecutor general for withdrawal.

However, the State insists that the case should go for trial regardless.

“It is the intention of the complainant to withdraw the charges and it was something that we are going to engage with prosecutor general considering he (complainant) has been recompensed the full amount.

“I understand that subordinate prosecutors have been given directive not to accept any withdrawal, but the complainant is very much willing to drop the case,” said Lumumba’s lawyer.

But representing the state, Patience Chimusaru insisted that the trial commences in the absences of communication from the prosecutor general.

“Without any correspondence which my learned friend wanted to make with the prosecutor general we are not in a position to make any decision regarding issues of withdrawal.

“What the State knows is that the matter is ready for trial,” Chimusaru argued.

The case was adjourned to the magistrates’ chambers.

The prosecutor alleged that on February 27, Mutumanje met one Graham Tineyi at Robert Gabriel Mugabe International Airport and that the two are friends.

Court heard that when Tineyi arrived at the airport’s Zimbabwe Revenue Authority point he was told that the limit of American dollars one could carry out of the country was $2,000.

He then asked Mutumanje if he knew anyone at the airport that he could leave some of his money with.

Mutumanje reportedly took him to one Abigail Chipuru of Traverse Travel Airport Office before the two friends both flew to South Africa.

However, on February 28, Mutumanje reportedly sent a WhatsApp message to one Jethro Tonderai Maposa to go to Traverse Travel offices and collect $8,000 from Chipuru.

According to State papers, Mutumanje did so without the knowledge and consent of Tineyi.

Maposa reportedly collected the money and did as instructed by Mutumanje which was to sell the United States dollars on black market in exchange for a bank transfer.

Court heard that Maposa got bank $10,000 transfer and wired it to the Stanbic bank account of Mutumanje’s wife Lillian Rufaro Madyira.

A police report was filed against Mutumanje, leading to his arrest.