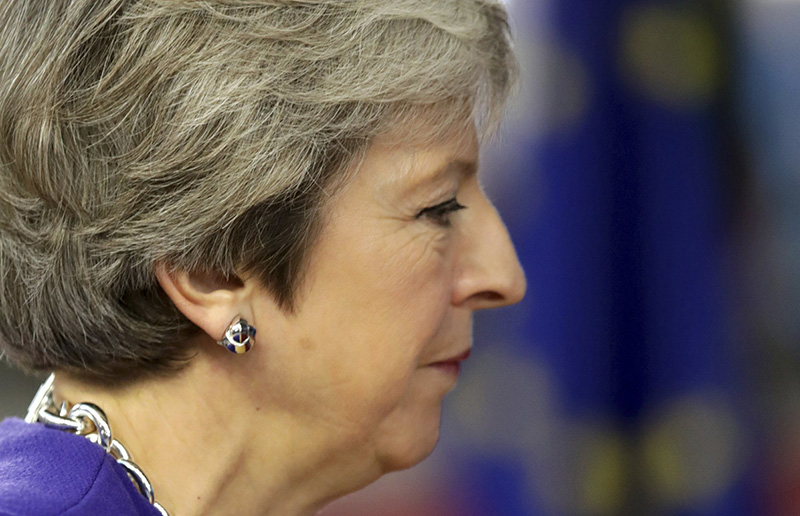 Theresa May says she remains “focused” on leaving the EU on 29 March, despite calls from her own party for a delay.

The PM said she had felt a “real determination” from EU leaders in recent days to find a “smooth and orderly way [to leave] with a deal”.

But Dutch PM Mark Rutte warned her the UK was “sleepwalking into a no-deal scenario” and needed to “wake up”.

May admitted there was “still more to do” before Parliament could vote on her final plan.

Some Conservative colleagues have suggested she should consider delaying Brexit to avoid leaving without a deal.

But at a press conference in Sharm-el-Sheikh, the prime minister was defiant about pushing forward with the scheduled date.

“What it does is precisely what the word delay says, it just delays the point in which we come to that decision.”

May has been at the EU-League of Arab States summit in Egypt for two days and held a number of meeting with EU leaders on the fringes as she presses for more concessions to her deal.

The major sticking point is the backstop – the policy to prevent a hard border returning to the island of Ireland.

Parliament voted for her to return to Brussels to seek “alternative arrangements” to replace it, as critics feared it would keep the UK locked into EU rules indefinitely.

Her team has been discussing proposals with EU officials, including introducing a time limit to the policy or creating a get-out clause for the UK.

But the EU has repeatedly refused to reopen the withdrawal agreement – the so-called “divorce bill” element of the deal that includes the backstop.

May said: “There is still more work to do, and my team will be in Brussels [on Tuesday] working on the legally binding assurances that the UK Parliament needs in relation to the backstop.

“But what I have sensed in all of my conversations with my fellow leaders, both here in Sharm-el-Sheikh and in recent days, is a real determination to find a way through which allows the UK to leave the EU in a smooth and orderly way with a deal.”