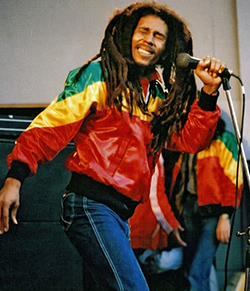 NEW YORK: Remember when the cast of the TV series “Glee” earned a Grammy nomination for their version of Journey’s “Don’t Stop Believin’” at the 2011 Grammys, pitting them against Sade, Maroon 5 and Paramore?
It’s fair that you don’t recall that moment — but guess who never earned a nomination for “Don’t Stop Believin‴? Journey.
The Rock and Roll Hall of Famers have never even earned a Grammy Award, and have only been nominated once in their entire career.
They’re one of many respected acts in music to have somehow been bypassed by the Grammys, despite much younger acts like Kanye West and Beyonce winning more than 20 awards each.
“I’m very grateful that the fans are (still) there regardless of what I have sitting on my shelf,” Journey’s Neal Schon said in an interview with The Associated Press. “If it happens, it’s a nice gesture and something to look it at in memory of everything you’ve done and accomplished, but you know what? I’ve got it in my heart.”
The Rolling Stones, surprisingly, have only been awarded two Grammys, and Led Zeppelin finally picked it up its first Grammy in 2014. Lou Reed only has one win, for best long form music video, though his former band, The Velvet Underground, has never been rewarded for its music.
Below we take a look at icons who currently, and sadly, can’t put these two words before their names: Grammy winner.
______
— Diana Ross(asterisk), 12 nominations: Stop in the name of love! How could this be? Maybe this counts for something: Ross did receive the Lifetime Achievement Award, a noncompetitive honour, from the Recording Academy in 2012.
— Snoop Dogg, 16 nominations: Give this dog a bone!