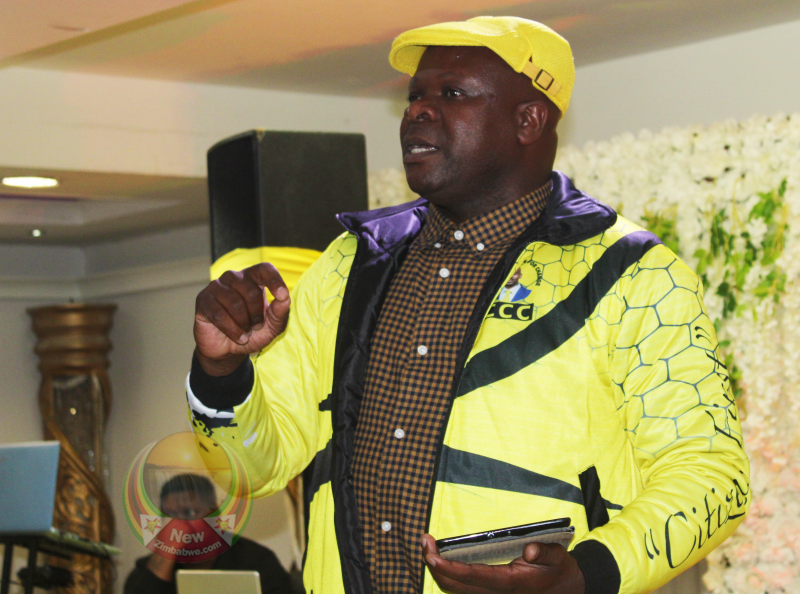 Chibaya, who is also Mkoba legislator, was Monday dragged to court on allegations of attending an unsanctioned meeting and disturbing the peace of a section of members of the public.

His counterpart, Job Sikhala, a legislator and deputy chairperson of the CCC has spent over 200 days in prison while fears abound he could be released after this year’s watershed elections.

“We all know that they are targeting Chibaya,” said Mahere on Twitter.

🟡We all know that they’re targeting Hon @amos_chibaya. In public they pretend we have no structures but privately they’ve got the intel that millions of citizens have been mobilized to vote big in the General Election! What meeting did they close down if we “have no structures”? pic.twitter.com/udRwuH9Pxf

Chibaya is the man behind the huge numbers witnessed at party president Nelson Chamisa’s rallies across the country last year before and after March by-elections.

Alongside party rural mobilisation secretary Happymore Chidziva, he has been credited for the success of CCC’s Mugwazo, a programme targeting areas predominantly assumed to be Zanu PF strongholds.

Dozens of anti-riot police officers patrolled Rotten Row courts’ grounds and corridors while others drove water canons on roads leading to the court and around them as the 25 arrived.

After leading them into Court Room 8 where they were set to appear for bail ruling, baton stick wielding officers then chased out tens of CCC supporters who had come out in solidarity.

They flooded the pavilion but left without incident.

A few minutes later local and international journalists with the exception of those from State-controlled media were told to leave the court room.

“Ibvai pano, mucourt mazara, media yapinda kudhara, dai matotanga kumhanya, ndokusiya neinjury (the courtroom is full and the media is already inside, go outside, you better start running before I hurt you),” ordered one officer who braved the heat in anti-riot full gear, including a fibre helmet and boots.

There is growing fear 2023 could witness one of Zimbabwe’s bloodiest elections after the 2008 presidential vote re-run.

“It is important to state that this is not an isolated incident, it is part of a wide pattern of violence that has permeated our electoral landscape ever since the CCC was formed on January 24, 2022.

“We have seen in almost every province violence perpetrated by Zanu PF and that violence must be understood in the context that the deputy leader of Zanu PF actually called for the CC to be crushed like lice,” said Mahere after an attack on their members in Murewa recently.