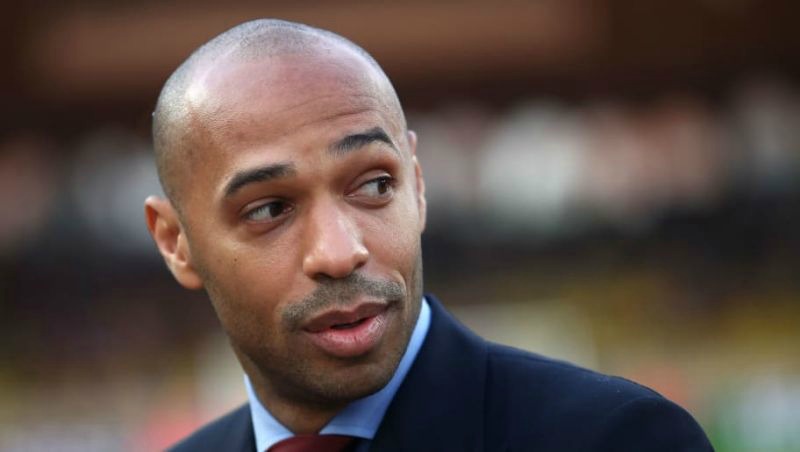 Arsenal legend and Belgium assistant manager Thierry Henry could be about to see his salary slashed by Sky Sports due to a poor response to his punditry skills.

The ​Daily Mail are reporting that Henry, who currently earns £4m a year at Sky, has failed to impress with his analysis since first appearing on the channel at the start of 2015 and is considered to be ‘massively over-remunerated’ for his work.

Subsequently, Sky now intend to offer Henry less money for the final two years of his current deal at the company, meaning the former striker will have to take a pay cut or look for work as a pundit elsewhere.

Sky announced the capture of Henry with a great deal of bravado in December 2014, claiming that ‘the best team just got better’ in a special TV advert featuring Gary Neville, Jamie Carragher and Graeme Souness.

However, it seems that Sky’s excitement at beating BT Sport to Henry’s signature was premature as he has been an underwhelming presence on the channel, failing to offer good enough insight into the game to justify his breathtaking salary.

Henry is Arsenal’s all-time record scorer with 226 goals in 369 appearances and is considered to be one of the greatest players of the Premier League era. The Frenchman will travel to the ​World Cup in Russia next month with the Belgium national team, for whom he currently works alongside Roberto Martinez.

Henry was linked with the vacant managerial position at Arsenal following the departure of Arsene Wenger, but the club ultimately chose a more experienced appointment in the form of Unai Emery.