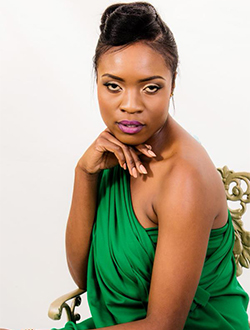 EDGARS ZB branch manager, Ketai Mashungupa, on Thursday rejected allegations that a Harare model accused of stealing a jumpsuit from their shop wrote a statement admitting the crime under duress.
Mashungupa told court that they made the accused, Mercy Kamanura, 24, comfortable before writing the statement adding that she even had an opportunity to charge her phone after stealing from their shop.
Kamanura is the reigning second princess of Black Opal Face of Zimbabwe.
“She was brought to my office by the security officer, Isaac Kanyandura, who told me that she had stolen the jumpsuit.
“I asked her if it was true and she admitted. She said the jumpsuit fell into her bag but she was too shy to hand it back when she discovered this.
“I can confirm that she was very calm. The security manager then asked her to put her statement in writing which she did.”
Mashungupa added, “I asked her if she was able to pay but she said she was not able. She also said her account had no buying power.”
Through her lawyer, Lovemore Matapure, Kamanura had argued that she was forced to write the statement.
Magistrate Batanai Madzingira is expected to deliver his ruling on the duress claim on Friday.
Prosecutor Progress Maringamoyo is representing the state.
According to the security officer, Kamanura became a suspect because they would always find an empty hanger in corners of the shop she would have visited as well as in the fitting room each time she came to the shop.
Court was told that when they saw her coming on the day in question, shop attendants and the security details were alerted and she was then caught red handed.
The brand of the jumpsuit Kamanura allegedly stole is Free to be you and is exclusive to Edgars. It is worth $40 and was produced in court as an exhibit together with the price tag, the hanger and Kamanura’s statement.
The security officer said he could have made follow ups with the Joina City branch where the model is claiming to have bought the garment but there was no reason for doing so as it was clear that she had stolen the outfit from his shop.Advertisement