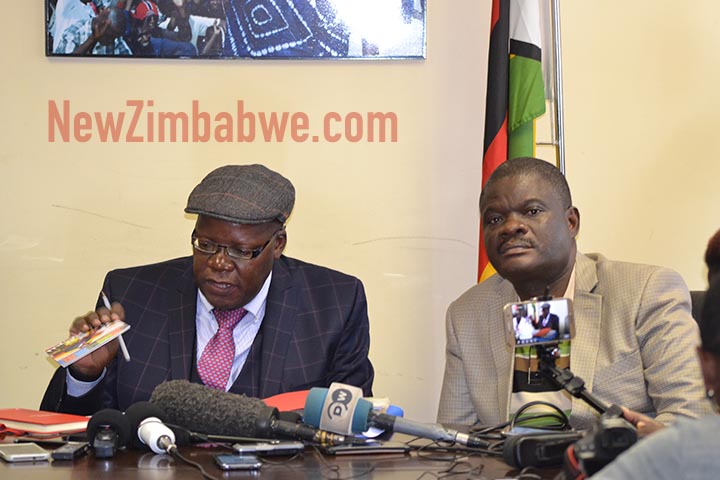 THE July 30 elections is the most important vote for the country since the 1980 elections which ushered independence from Britain after 90 years of colonial rule, MDC Alliance principal Tendai Biti said Friday.

Addressing a press conference at the Morgan Richard Tsvangirai House, Biti said the pending election presented an opportunity for Zimbabweans to deal with the issue of legitimacy and set the country on a sustainable path to recovery after 38 years of economic meltdown.

“This election is easily the most important after the Independence election on February 28, 1980 and must address the issue of legitimacy pursuant to the November coup,” Biti said.

He said it was therefore, important that the elections are be free, fair and credible, adding the MDC Alliance was concerned about the absence of reforms to ensure this was achieved.

“We have on various platforms called for the implementation of reforms in line with the dictates of our Constitution, SADC guidelines governing the conduct of democratic elections and international standards, but our calls have fallen on deaf ears,” he said.

The People’s Democratic Party (PDP) leader said there was need to underscore the importance of the people’s right to freely participate in elections and to choose a candidate of their choice as enshrined in Section 67 of the Constitution, adding that the Zimbabwe Electoral Commission was frustrating the rights of Zimbabweans to a free and fair election.

Biti also raised concern over the unilateral increase of polling stations from 10,000 to 11,500, saying the development was illegal because the voter registration exercise was polling station based and all the registered voters had already been allocated their polling stations.

“This is a prejudice to the registered voter; it is illegal and intended to frustrate Zimbabweans.”

He added that international election observers should be in the country at least eight weeks before the election.