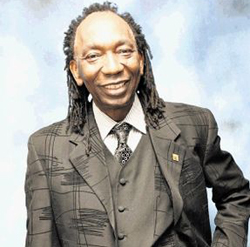 DALLAS Texas: Thomas Mapfumo is widely credited as one of Zimbabwe’s greatest musical visionaries.
Mapfumo brought the Chimurenga music genre into existence during Zimbabwe’s struggle for independence in the early seventies. He was harassed by colonial regimes as he composed militant songs, but nevertheless he persisted.
Mapfumo will perform at SMU March 30 in the Hughes-Trigg Student Center with his band, Blacks Unlimited.
His presence is enough to entice anyone who has an interest in African culture, politics, history, or international relations—his performances around the world attract people of all ages and backgrounds.
In addition to Mapfumo’s musical display, award-winning author of African Music, Power and Being in Colonial Zimbabwe and Associate Professor of African History at the University of California at Santa Barbra, Mhoze Chikowero, will join for an evening of concert and conversation.
Chikowero analyzes Chimurenga with his work, considering it a philosophy as well as a rallying cry for self-defense and self-liberation. He emphasizes the need to conceptualize African modes of self-authorship as both ongoing and interconnected.
The event is sponsored by the Scott Hawkins Lecture Fund, Dedman College, the Department of History, the Department of World Languages and Literature, The Embrey Human Rights Program and the Department of English.Advertisement