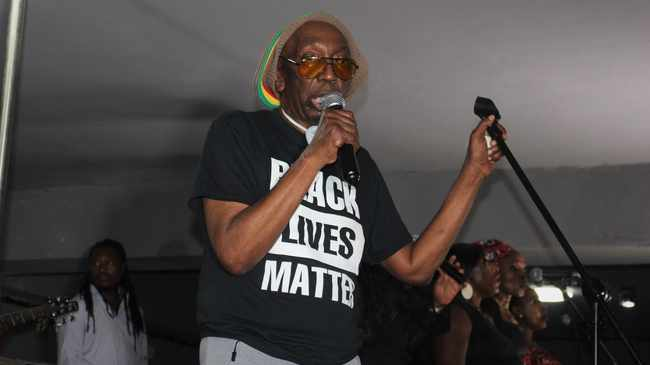 United States based Zimbabwean artist Thomas ’Mukanya’ Mapfumo is currently touring different cities in South Africa, and calling on young Africans to be proud of their culture.
Spread This News

PRETORIA: After pulling off two animated performances on consecutive days in Johannesburg and Pretoria at the weekend, 76-year-old United States-based Zimbabwean music legend, Dr Thomas “Mukanya” Mapfumo said performing once again in Africa gave him a rare opportunity to reconnect with his legion of fans.

The outspoken Mapfumo (76), affectionately referred to as Mukanya by his fervent fans across the world, a reference to his totem, the baboon, left Zimbabwe in the early 2000s, during the turbulent reign of former president Robert Mugabe, citing turmoil and persecution at the hands of the political strongman.

The musician only returned to Zimbabwe in 2018 following the unceremonious removal of Mugabe, who was replaced by current Zimbabwean President Emmerson Mnangagwa.

On his current SA tour, Mukanya has been donning “Black Lives Matter” regalia at his performances in Johannesburg and Pretoria. In an interview with Independent Media on the sidelines of the Pretoria show, the Chimurenga (Shona word for revolution) musician said Africa sadly has a long way to go in terms of respect for human rights and civil liberties.

“I am saying it is not only in the United States of America where black lives should matter. All over the world, even in Africa, we are not looking after ourselves. Most of our leaders are very corrupt, and Africa is not united. By so doing, we are in disarray,” said Mukanya.

“We are not even moving in the right direction. We must unite if we want to prosper here in Africa. Africa must be as one.”

In 2018, the iconic musician, touted as one of the godfathers of modern African music, was honoured with a World Music Award at the 2018 Globalfest Awards in New York.

Among his many accolades, Mukanya boasts a Master’s Degree in Music from the University of Zimbabwe, being named Artist of the Year from the American World Music Awards in 1999, a PhD in Music from Ohio University and Zimbabwe’s Person of the Century in the Art’s Award in 2000.

On this current South African tour, the ageing Mukanya introduced the jubilant Gauteng crowd to his heir apparent, Kurai Makore. 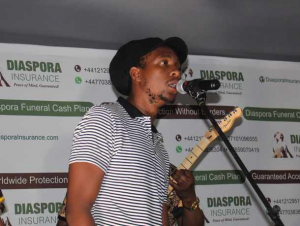 Kurai’s late father and Mukanya are brothers. The young crooner mesmerised the youthful revellers, belting out Mukanya’s hits and backing the internationally acclaimed muso on stage.

Commenting on contemporary African music, Mukanya said the upcoming musicians have to do a lot of hard work to gain recognition on the international platform.

“We need to improve our standards. Where I am based today, in America, is where music is. Those guys can sing. I don’t want to tell you lies. We have to learn from those guys. They are well-organised. Their studios are of higher standards. We do not have such studios in Africa. Most importantly, Africans should try to promote their African culture. Even when you go to America, do not forget where you are coming from,” he said.

“Peter Tosh said as long as you are a black man, you are an African. It is unfortunate when Africans who do not speak English properly are laughed at. That is not their language. They are Africans.”

Youthful artists, South Africa-based musicians Enoch “Nox” Guni and Darlington Tanganyika with his Journey Band are sharing the stage with Mukanya on his SA tour, thrilling fans with their energetic performances and holding their own against the international artist.