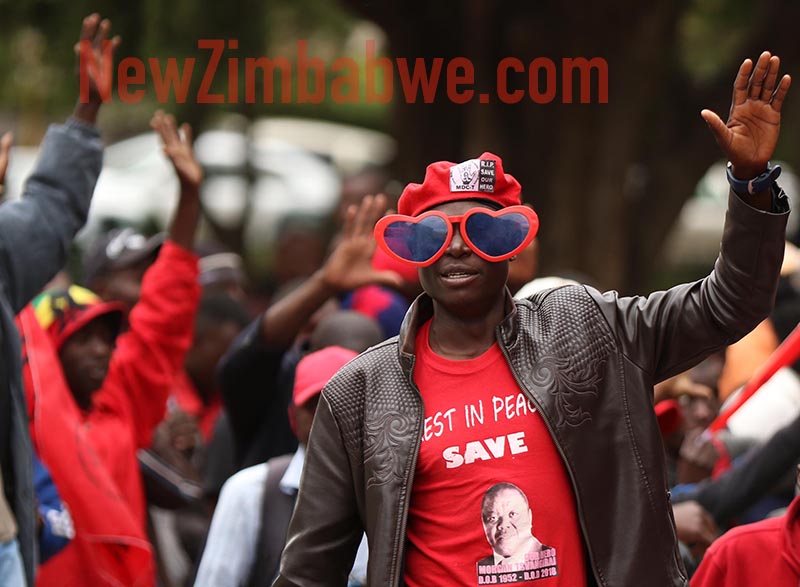 HARARE: Thousands of opposition supporters marched Tuesday in Zimbabwe’s capital to demand electoral reforms ahead of the July 30 vote, the first since Robert Mugabe stepped down last year.

The march was Harare’s largest street demonstration since the massive one in November leading to Mugabe’s departure. Speakers warned they would demonstrate again if President Emmerson Mnangagwa, who took power with the military’s help, “steals” the election.

Mnangagwa has promised a “free, fair and credible” vote and invited Western observers for the first time in nearly two decades, mindful that the West has indicated a fair vote must take place before international sanctions can be lifted. Previous elections have been marked by allegations of fraud and violence.

Nelson Chamisa, the 40-year-old MDC-T party leader who has energized the opposition since the death of longtime opposition leader Morgan Tsvangirai in February, said they will not allow elections to go ahead if the vote is not free and fair.

“We will stop all processes until they accept our demands. … We are prepared to do whatever is necessary,” Chamisa told cheering supporters.

Chanting slogans, the marchers passed through Mnangagwa’s office, where a Cabinet meeting was under way, and presented a petition. They did the same at the electoral commission.

Police, previously known for suppressing such events under Mugabe, kept watch on the demonstrators after banning the ruling ZANU PF from holding a counter-march.

Former ruling party members who are now part of another opposition party backed by Mugabe also addressed the crowd and pledged to support Chamisa’s candidacy.