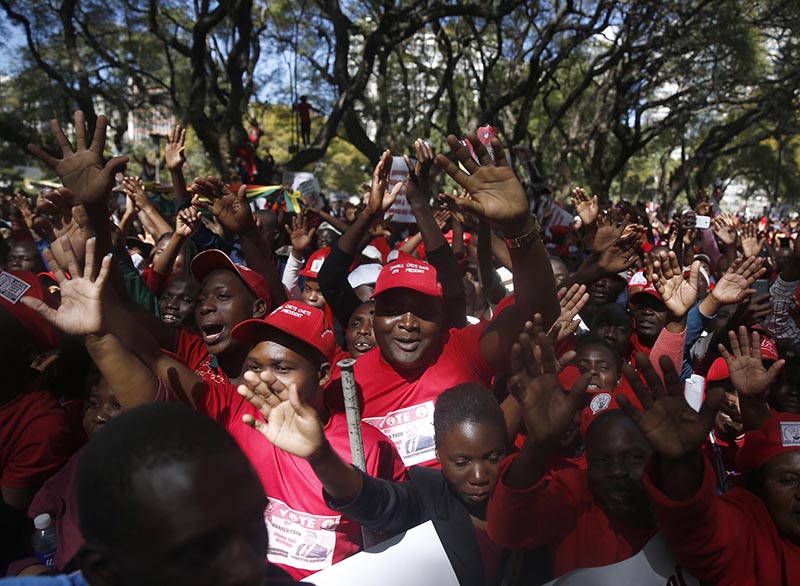 HARARE: Thousands of people heeded the MDC Alliance’s call for a protest to force the Zimbabwe Electoral Commission to implement reforms before the July 30 plebiscite.

One of the key demands relates to allowing political parties to observe printing of ballot papers, their storage and distribution.

The protest, dubbed ‘the People’s Demonstration for Free Elections’, was also graced by MDC Alliance partners, among them Tendai Biti of the People’s Democratic Party (PDP), Jacob Ngarivhume, Mathius Guchutu of the MCD, Agrippa Mutambara, ZCTU President Peter Mutasa and this Flag Pastor Evan Mawarire, who all expressed displeasure in the way ZEC was conducting itself.

The streets of Harare were painted red as supporters mostly clad in Nelson Chamisa election regalia marched from Africa Unity Square along Jason Moyo Avenue to the ZEC offices in down town Harare where MDC Alliance presented their petition, which was received by an unidentified official who claimed ZEC chairperson Priscilla Chigumba was not in the office.

The protesters then proceeded along Samora Machel Avenue and marched past President Emmerson Mnangagwa’ offices where the police struggled to control traffic, which piled as vehicles were blocked by the mass of protesters. 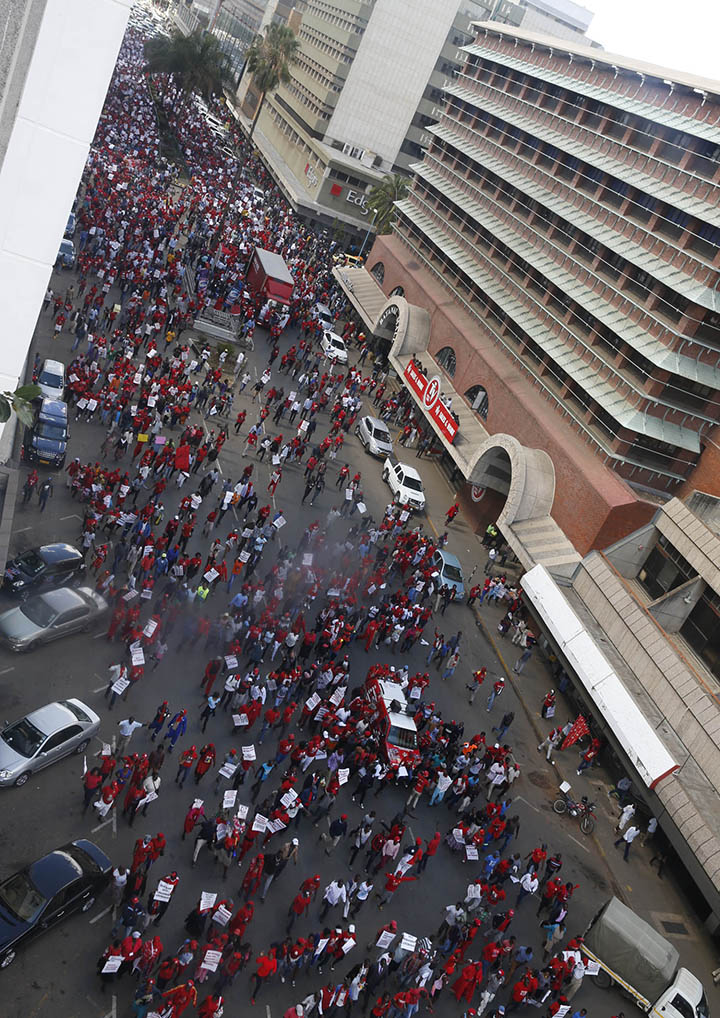 Hundreds of people could be seen standing at their office windows trying to catch a glimpse of the mass of protesters, who chanted anti-ZEC songs and carried placards denouncing the electoral management body.

Even those from the government offices Munhumutapa Offices which houses President Mnangagwa offices and at the New Government Complex could not resist and were seen scrambling at office windows just to get a glimpse.

The Zimbabwe Republic Police maintained a presence in the streets from Monday and on Tuesday afternoon two water tanks remained parked for the rest of the day at the Causeway Post Office, where two truckloads of anti-riot police in gear were also present.

The trucks and water cannons only drove off soon after the addresses by the MDC Alliance principals at the Africa Unity Square.

This is the second protest against ZEC by the MDC Alliance, with the first one being on June 4, where the grouping of opposition parties made ten demands they wanted met by the electoral body.

But on Tuesday, Chamisa said they had now reduced their demands to just two, which he said were critical going into the election.

Chamisa said they were now demanding a biometric voters roll and that they be allowed to observe the ballot paper printing process, without which he said elections would not be possible.