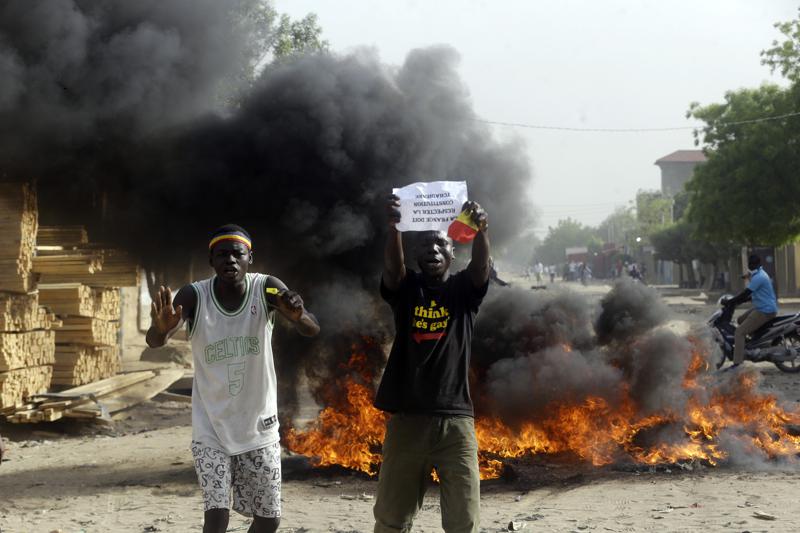 Thousands protested and two people were killed in Chad Tuesday in demonstrations against the rule of a transitional military council headed by the son of the late President Idriss Deby Itno, who died last week.

Those killed in violence surrounding the protests include a man shot dead in Moundou, in southern Chad, and another person who died in the capital, according to local reports.

The opposition coalition called for the demonstrations despite a ban on protests. Police fired tear gas to disperse protesters in Chad’s capital, N’Djamena, and there were also demonstrations in other parts of the nation.

Demonstrators carried signs demanding that power be handed to civilians. The protesters also ransacked a gas station and burned tires throughout N’Djamena, where smoke covered some neighborhoods.

Authorities also detained several protesters and journalists. Many of the journalists were later released.

France and Congo strongly condemned “the crackdown on protests” in Chad and called for the end to all violence, in a joint statement issued Tuesday.

The presidencies of both countries expressed their support for an “inclusive transition process, open to all Chadian political forces, led by a civilian government” with the aim to organize elections within 18 months.

French President Emmanuel Macron and Congo President Felix Tshisekedi issued the statement following a meeting the two leaders had in Paris on Tuesday.

France and Congo also reaffirmed their “attachment to Chad’s stability and integrity.”

Chad’s military announced April 20 that Deby had been mortally wounded during a visit to the troops north of the capital, who were battling an anti-Deby rebel group. The announcement of Deby’s death came just hours after he had been confirmed the winner of presidential elections held earlier in April.