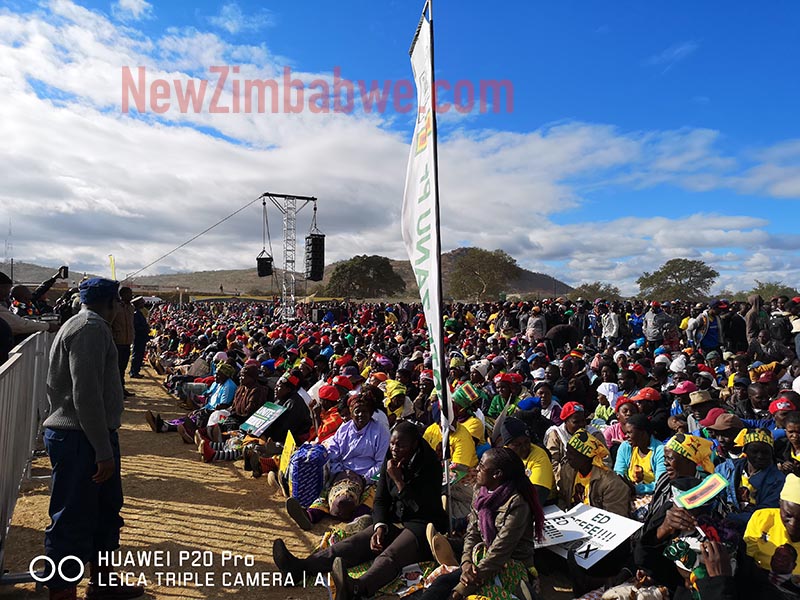 THOUSANDS of people packed Chipadze Stadium in Bindura on Saturday for President Emmerson Mnangagwa’s second campaign rally in as many days.

The Zanu PF leader took his campaign for the July 30 elections to Mashonaland Central province having addressed thousands of Zanu PF supporters at Gokwe centre, in Midlands province on Friday.

Security was noticeably tight around Chipadze with details from the presidential guard noticeable on rooftops around the Stadium and a security drone hovering just about the VIP podium.

Officers from the prison services beefed up the usual contingent from the military, the police and the intelligence service. 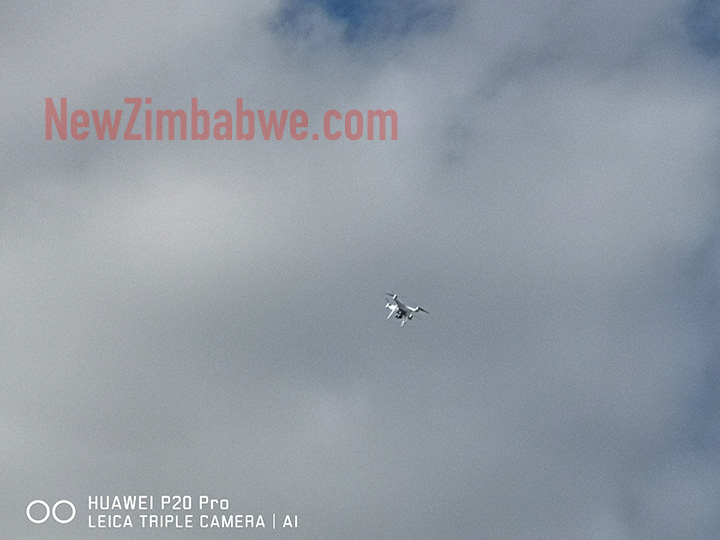 Security drone hovered above the crowd in Bindura

Searching upon entry was thorough as security around Mnangagwa is tightened following the Bulawayo bomb attack which injured 49 people with two of them later losing their lives.

As the reporter was beings searched while entering the venue, there was commotion as a handful of people tried to dash out of the arena only to be beaten back by the security officers. 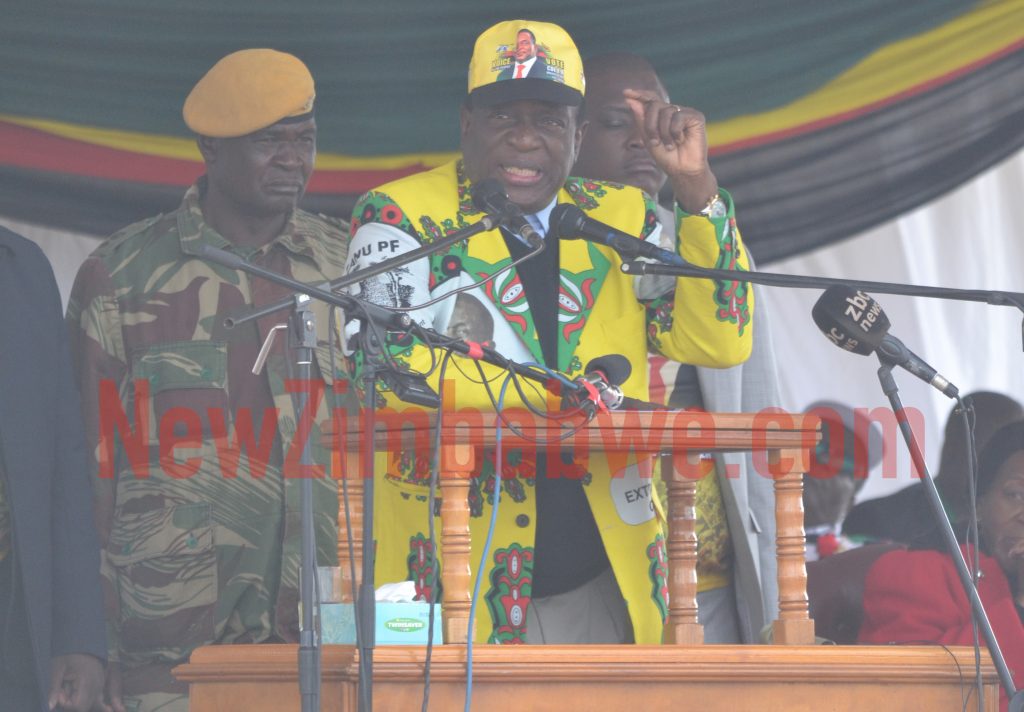 Mnangagwa detailed the various interventions his government has come up with to turn around the economy since controversially assuming power last November.

He made reference to billion-dollar investments in mining, energy development, agriculture as well as health which are expected to create thousands of jobs while improving people’s livelihoods.

The Zanu PF leader further highlighted the government’s command agriculture and command housing programmes with the latter expected to address the chaos he blamed on former local government minister Saviour Kasukuwere and the G40 faction. 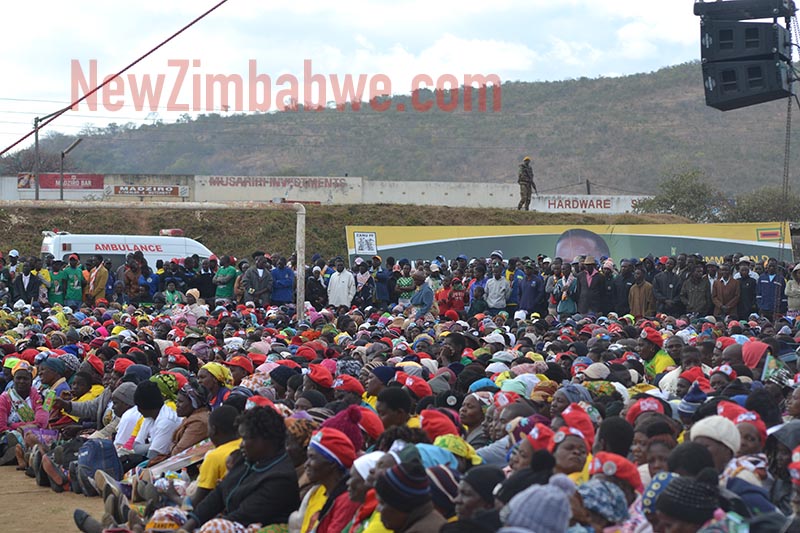 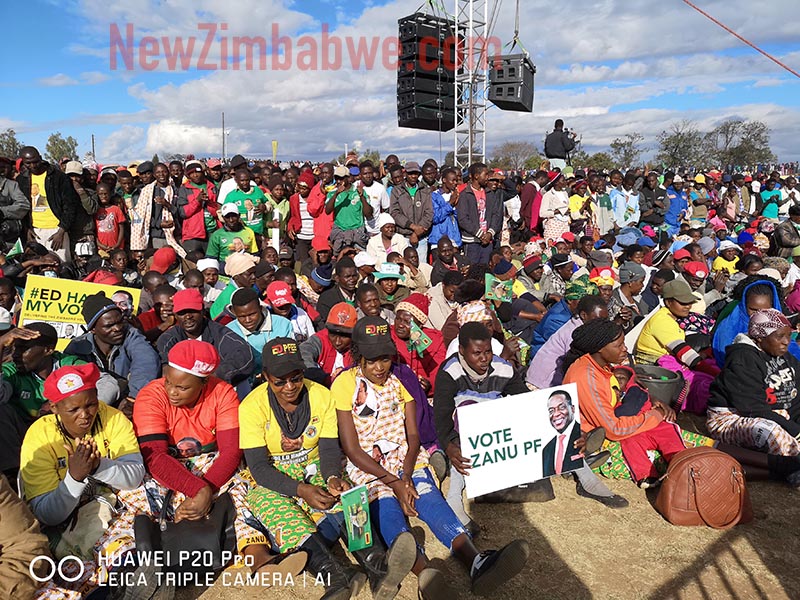