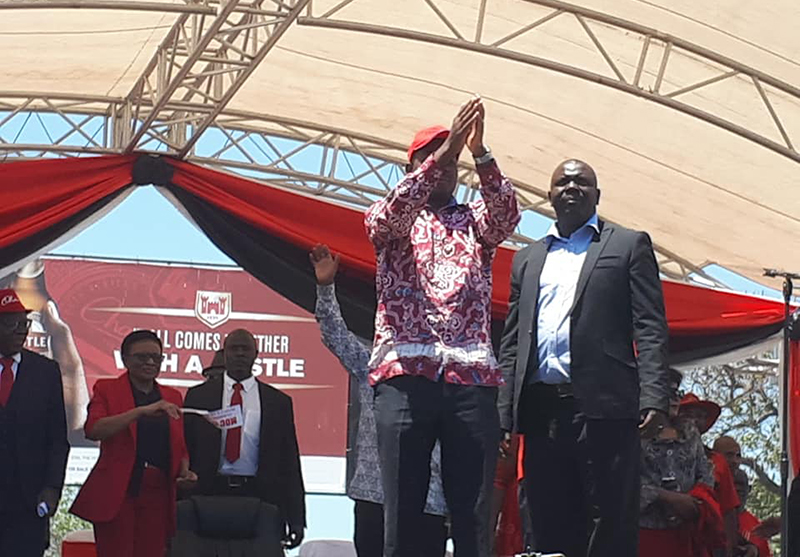 HARARE: Thousands of MDC supporters from across the country thronged Gwanzura Stadium on Saturday for the opposition party’s 19th anniversary celebrations.

Leader Nelson Chamisa arrived at the football stadium to thunderous cheers by the party faithful.

Speakers who included leaders of activist groups such as Tajamuka, ZINASU and Generational Consensus demanded that President Emmerson Mnangagwa steps down by November 1 for Chamisa to take over.

They have threatened to take unspecified action if their demand is not met.

Chamisa rejects Mnangagwa’s victory in the July 30 elections, insisting that the election outcome was manipulated by the Zimbabwe Electoral Commission (ZEC).

Meanwhile, former senior Zanu PF official Dzikamai Mavhaire, who has now joined the opposition party, hit out at the leadership of the war veterans.

He demanded that the veterans association’s secretary general Victor Matemadanda respects “everyone who fought” in the liberation struggle.

“Matemadanda, do not behave as if you fought the war on your own,” he charged.

Also addressing the gathering, ZCTU president Peter Mutasa urged vendors to return into the streets until the government creates jobs for the unemployed millions across the country.