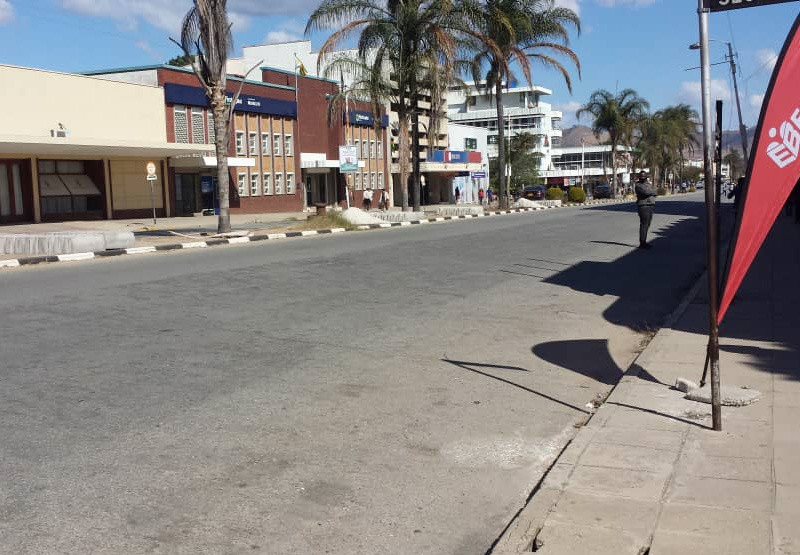 A deserted Mutare CDB on Monday midday
Spread This News

THOUSANDS of workers were Monday morning turned away at security checkpoints and told to observe the Day of National Prayer and Fasting at home.

President Emmerson Mnangagwa declared Monday a day of prayer and fasting in the wake of mounting economic and political challenges.

However, the day is not a public holiday.

Workers in most cities and towns were left stranded as police and army officers manning roadblocks leading into central business districts told them to return home to pray and fast for the nation.

Mnangagwa led a prayer meeting at State House in Harare which was attended by several government ministers and leaders of various religions.

NewZimbabwe.com Bulawayo correspondent noted the day was received with mixed feelings in the country’s second largest city with some residents calling it a non event.

“I do not see the reason why Mnangagwa should tell me to pray and fast when the same person who is asking the people to pray is accused of corruption and brutality. In any case, I always pray by myself,” one Bulawayo resident said.

Dumiso Dabengwa Foundation director, Mthulisi Hanana said; “Pray for the hand of God to strike our Nebuchanezzar with madness. Let him go naked and eat grass like a donkey. Our people are starving. Let him be an animal too.”

In Kwekwe, our correspondent reports police and army details were demanding letters from workers going to work, and turning away those without. However, by midday, the situation had almost returned to normal.

In Mutare, workers who live in high-density suburbs were denied entry into the city centre and only a few businesses managed to open.

There were long winding queues for fuel at a lot of service stations with supplies.

In Masvingo city, it was business usual with hordes of people getting into the CBD. However, a few were turned away particularly those in private vehicles at police checkpoints mounted on major roads leading into the city centre.

ZUPCO buses were given free passage at the security checkpoints.

Former Information Minister Jonathan Moyo wrote; “Dear God, As today has been declared a ‘Day of National Prayer and Fasting’ by the embattled demonic and anti-Christ occult in Zimbabwe, may the holy spirit reach out and touch all Zimbabweans and fill their hearts and minds with the revelation that ZanuPF must go!”