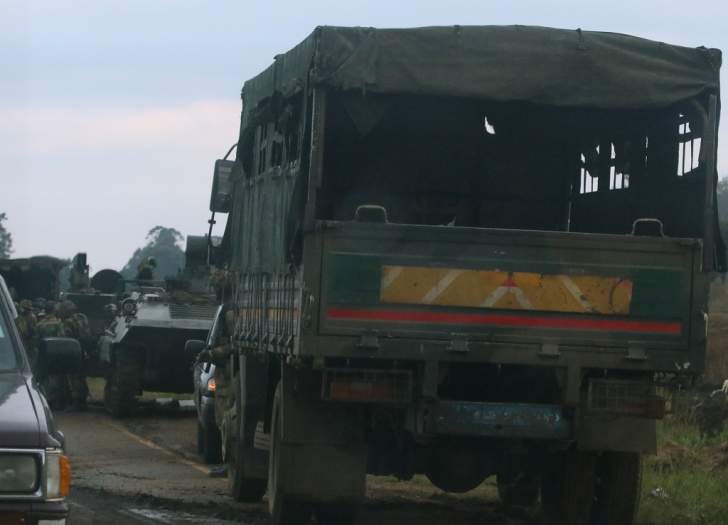 THREE Chimanimani villagers who survived the recent Cyclone Idai died while several were injured Thursday afternoon when an army truck that was transporting food relief experienced brake failure and ploughed into a crowd that was waiting for the delivery.

Zimbabwe National Army (ZNA) public relations director, Lieutenant Alphios Makotore confirmed the incident but referred NewZimbabwe.com to one Major Chibasa whom he said had more details about the incident.

“How can you expect me to give you details about the accident when I am based in Harare? Of course, the accident has happened. Talk to Major Chibasa who is on the ground and will give you all the details,” said Makotore.

However, Chibasa‘s phone was not reachable but sources at the Relief Command centre told this publication that an army truck laden with aid food from Mutare plunged into the crowd desperately waiting for food aid.

“I saw three people who were crushed by the army truck lying dead at the site. Several other people were also injured during the accident,” an eye witness said.

Soldiers have been coordinating relief efforts in Chimanimani and Chipinge following Cyclone Idai.

According to the World Food Programme (WFP), approximately 270 000 in Chimanimani and Chipinge need emergency food assistance following the tragedy.