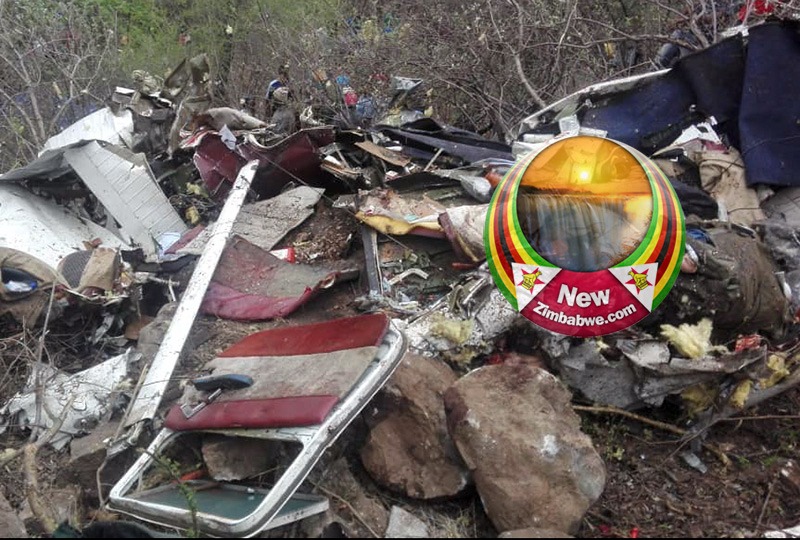 The incident involving the Cessna aircraft occurred some 20kms south of Renco Mine in Masvingo South.

The plane, which was en-route to Victoria Falls from Buffalo Range Aerodrome in Chiredzi, crashed at Chamanjirenji Hills near the Tokwane-Ngundu area.

Following the incident, police secured the wreckage of the plane and were waiting for the Civil Aviation Authority (CAAZ) team to come and initiate investigations into the cause of the crash.

Said CAAZ spokesperson Anna Julia Hungwe, “I can only confirm that a plane crashed near Renco Mine in Masvingo at about 7:30am.

“Our inspectors have gone to do investigations at the crash scene and they’re yet to come back to me with details of what transpired.”

Civil Protection Unit (CPU) chairman, Roy Hove added; “I can confirm that five people have died in a plane crash which occurred at Chamanjirenji Hills, Tokwane-Ngundu near Renco Mine in Chief Nyajena’s area in Masvingo rural.

“It was a private plane belonging to a white man in Chiredzi and the bodies were decapitated and mangled beyond recognition.

“Investigations are still in progress and more details are expected. We are still waiting for CAAZ experts to establish what exactly caused the crash.

“However, I want to assure the families of the deceased that their property has been secured by the police.”