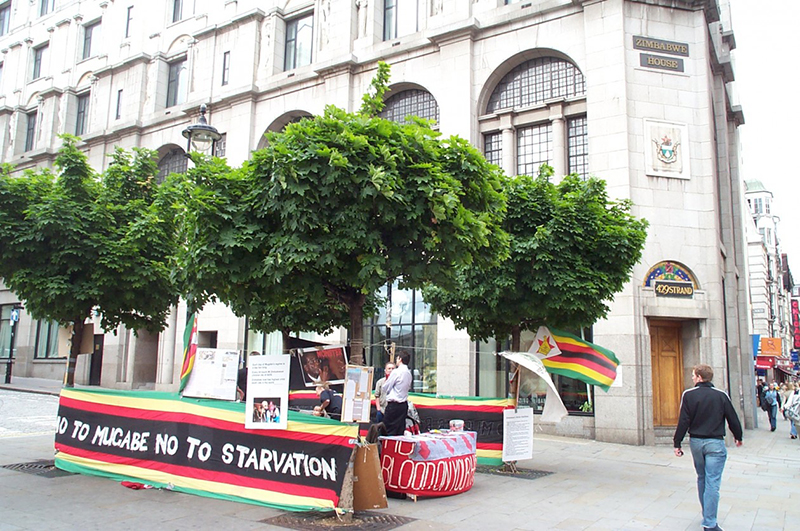 ZIMBABWE has appointed a new ambassador to the United Kingdom, more than three years after the retirement of Harare’s former top diplomat in London, Gabriel Machinga.

Machinga, who retired in June 2015, will now be replaced by the Deputy Chief Secretary in the Office of the President and Cabinet, Retired Colonel Christian Katsande.

In 2016, Mugabe reportedly named then deputy secretary in his office Ray Ndhlukula as the country’s new ambassador, but the appointment was reportedly blocked by the British government.

London has already dispatched two envoys to Harare for meetings with the Mnangagwa government since Mugabe’s ouster after 37 years in power.

Over the weekend, the government also confirmed an invitation as an observer to this week’s Commonwealth Heads of State Summit that begins in London.

Mugabe withdrew Zimbabwe from the Commonwealth in 2003 following differences over governance issues and the imposition of sanctions by the UK and its allies.

“The (foreign affairs) minister has been invited by his British counterpart for a visit. He is going to attend the meeting, but he will not participate,” ministry permanent secretary Joey Bimha.

“We are not privy to the agenda of the summit since we are not participants… But this shows that our re-engagement exercise is working.”

Mnangagwa’s government has already indicated that it will seek to re-join the Commonwealth which largely brings together former British colonies.