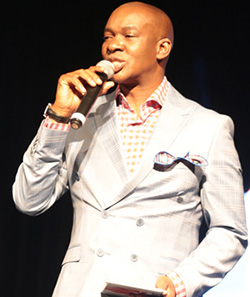 HARARE Magistrate Lazini Ncube on Thursday dismissed the application for discharge by popular television and radio presenter Tichafa Matambanadzo saying the celeb a case to answer.
Matambanadzo, better known as Tich Mataz, landed in the dock after he allegedly smuggled various clothing items into the country from China.
He had sought discharge, arguing that he never dodged paying $538 duty as claimed by the state.
Matambanadzo told court that he left without paying any cent after he was given permission by the officials since their system was down.
However, magistrate Ncube said the entertainer must be put to his defence on Friday.
When the trial started, Zimbabwe Revenue Authority (Zimra) officials confirmed that their system was indeed down but said the presenter sneaked out without permission before he paid duty for his goods.
Munyaradzi Mhanda, the second witness, told court that Matambanadzo had indicated that he had five suits on his declaration form yet he had seven of them, among other items.
Mhanda said he went to process Matambanadzo’s goods in another functional cubicle only to find him gone before paying any cent.
According to the state the incident occurred on January 7 when he arrived at Harare international airport.
Matambanadzo took the green route and was approached by Patrick Mukanganwi, a Zimra official, who directed him to the red route.
The green route is used by travellers who are not carrying restricted goods.
Court heard the officer handed Mataz to another official who was manning cubicle 3 of the red route.
The officer gave him a declaration form before he went through Matambanadzo’s goods which comprised several suits, track suits and shirts among other things.
The teller briefly left Matambanadzo alone when going to next cubicle to capture the information in their system. When he came back Matambanadzo had vanished.
Prosecutor Francesca Mukumbiri appeared for the state.Advertisement