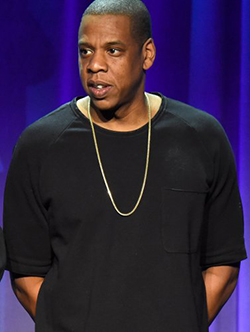 TIDAL, the music and video streaming service co-owned by Jay Z, Rihanna, Madonna and other artists, is inviting more performers to join the company and earn equity.
Senior executive Vania Schlogel said late Tuesday that Tidal welcomes more acts. It introduced its new co-owners at a launch event last Monday.
“Whatever these artists want to do, this is their playground to do it,” Schlogel said. “This is the creative space to just get it done and share that and communicate with their fans.”
The current owners “have equal ownership and majority ownership in the company,” and artists who join them would earn more money through the streaming service than through others that exist, she said. Artists who join Tidal will “be participating in the equity upside of this,” she said.
Schlogel didn’t elaborate on how ownership works, and when asked if the artist-owners invested their own money in Tidal, she said she couldn’t speak about those details.
Tidal’s all-star line-up could help it compete with other free and paid streaming services, from Spotify to Pandora.
“It’s not just dollars and cents, it’s around all the things that come along with being a shareholder, like voicing your thoughts as a board member and having that creative control,” Schlogel said, who added that there’s a stock appreciation rights program for artists. “It’s a different type of involvement.”

Fabulous foursome … Rihanna, Alicia Keys, Madonna and Beyonce had fun at the launch