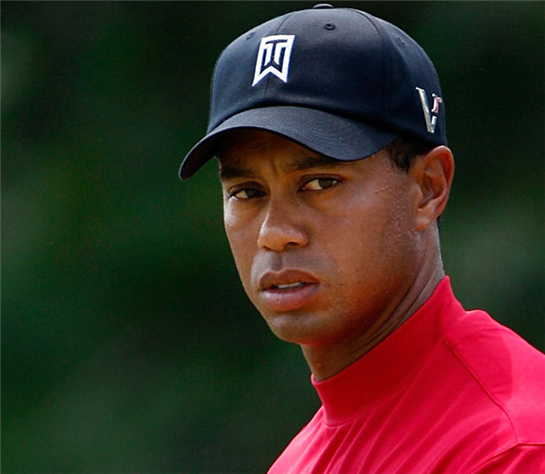 TIGER Woods has hit back after a major controversy blew up when one of America’s best-selling golf magazines ran a faked interview with the 14-times Major winner.
Golf Digest magazine’s article was written by Dan Jenkins, now 84 years old, and arguably the most famous and well-respected golf writer in the world. It was entitled, “My (fake) interview with Tiger Woods,” and illustrated with photographs posed by a lookalike.
Though the article was fake, the opinions and animosity expressed in the piece were clearly anything but, with Jenkins’ imaginary Tiger Woods bad-mouthing former coaches and friends and, among other things defending his notoriety for a being a poor tipper.
Woods was clearly deeply outraged by the piece  –  and said as much on The Players’ Tribune, the website recently set up by baseball superstar Derek Jeter which allows athletes to write their own articles for publication, unfiltered by any editors.
“It wasn’t me. It was some jerk he created to pretend he was talking to me,” Woods wrote.
“That’s right, Jenkins faked an interview, which fails as parody, and is really more like a grudge-fueled piece of character assassination.
“Journalistically and ethically, can you sink any lower?
“The truth is, Jenkins has no idea how I think or feel about any of the things he claims to know about, which is why he had to make things up,” Woods added.