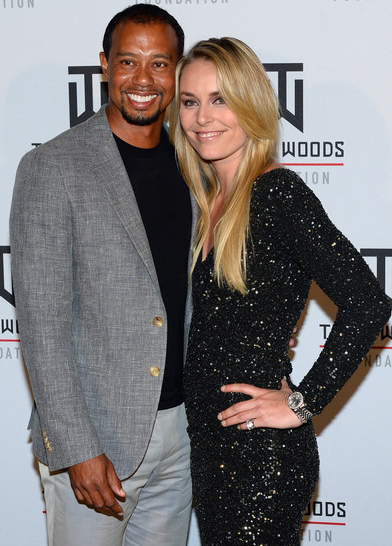 FORMER world number one Tiger Woods says the end of his relationship with US Olympic skiing champion Lindsay Vonn has been “brutal”.
The break-up was announced on Sunday, the ninth anniversary of the death of Woods’s father, Earl.
“These three days have been brutal on me. It’s tough,” said Woods, 39.
“It’s tough. Obviously it does affect me. On top of that, this three-day window from 3-5 May is always really hard. I haven’t slept.”
Woods and Vonn revealed they were dating in March 2013.
Woods, the 14-time major winner, was the subject of worldwide media coverage in 2009 following news about his private life, which led to a five-month break from the game and a divorce from then wife Elin.
“I’ve always had to deal with circumstances outside the ropes,” he said.
“Once you’re inside them, it’s time to tee it up and time to play. You go into your own little zone and focus, and grind out and win golf tournaments.”
Woods will play at the prestigious Players’ Championship at Sawgrass this week, his first tournament since the Masters in April, when he finished in a share of 17th place.
He says he is fully fit after suffering an injury in the final round at Augusta. He jarred his hand when striking a hidden tree root in his swing, after which he pushed a bone back into place himself.
“It feels good to be out there. I will play more tournaments from here on,” said Woods, who has not won a title since August 2013.
“My body is in the shape to do it. I’ve had some good practice sessions and I am very happy with my short game and the way I am putting.
“I just have to keep chipping away and keep building and eventually it will click.”
Advertisement