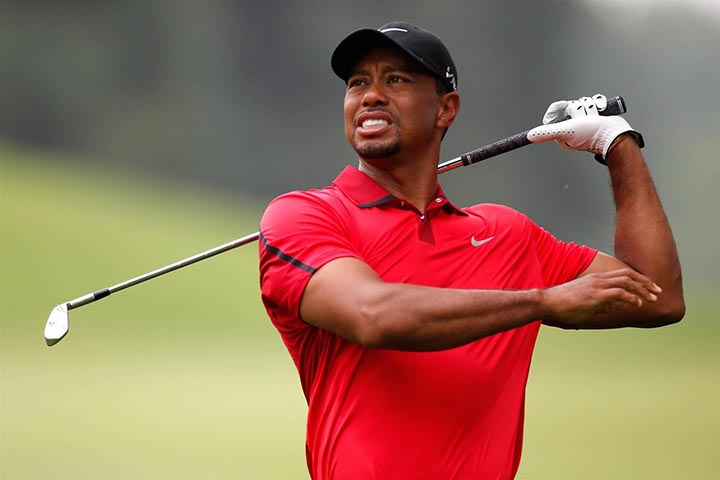 TIGER Woods was having surgery after suffering “multiple leg injuries” in a car crash in Los Angeles, California.

The LA County Sheriff’s Department said that it “responded to a single-vehicle rollover” accident in which the “vehicle sustained major damage”.

The 15-time golf major champion, 45, had to be “extricated from the wreck” by firefighters and paramedics.

LA County Sheriff Alex Villanueva later said that Woods “was alive and conscious” at the scene of the crash.

Villanueva also said “there was no evidence of impairment”.

The American was taken by ambulance to the Harbor-UCLA Medical Center.

Woods’ agent Mark Steinberg confirmed he was having surgery on Tuesday and the detail about his injuries.

Woods was at the Riviera Country Club in Los Angeles at the weekend as host of the Genesis Invitational tournament.

An LA County Sheriff’s Department statement said it responded to the crash “on the border of Rolling Hills Estates and Rancho Palos Verdes” on Tuesday morning local time.

At a news conference later, LA County Fire Department chief Daryl Osby said that Woods was removed from the 2021 Genesis GV80 luxury SUV with the help of a halligan bar and an axe.

He added: “It is my understanding that it is serious injuries to both legs. There were no other life-endangering injuries to my knowledge.”

Villanueva said that Woods’ car “crossed the centre-divider to the point that it rested several hundred feet away” and “that indicates they were going at a relatively greater speed than normal”.

He added: “However, because it is downhill, it slopes and curves, that area has a high frequency of accidents. It is not uncommon.”

He said the car hit a kerb, a tree and rolled over several times.

“We’ve been in touch with his manager and they do not want me to say anything on his condition. All we know is that it is a serious condition as a result of the accident,” he added.

“The front end was totally destroyed, the bumpers – everything was destroyed. Airbags were deployed.

“Thankfully, the interior was more or less intact, which kind of gave him the cushion to survive what otherwise would have been a fatal crash.”

Deputy Carlos Gonzalez, from the LA County Sheriff’s Department, was first on the scene and said Woods was “not able to stand under his own power” before being removed from the vehicle.

He said that Woods was wearing his seatbelt and was “still calm and lucid” when he told him his name.

World number three Justin Thomas is one of Woods’ best friends on the tour and expressed concern for his compatriot.

“I’m sick to my stomach,” Thomas said. “You know, it hurts to see one of your… closest friends get in an accident.

“Man, I just hope he’s all right. Just worry for his kids, you know. I’m sure they’re struggling.”

A statement from PGA Tour commissioner Jay Monahan said: “We are awaiting further information when he comes out of surgery.

“On behalf of the PGA Tour and our players, Tiger is in our prayers and will have our full support as he recovers.”

Woods was involved in a car crash in November 2009 which eventually led to admissions of infidelity and the breakdown of his marriage. He then took a break from golf but returned shortly afterwards.

Following five wins in 2013, Woods started just 24 events in the next four years because of chronic back pain and multiple surgeries.

In 2017 Woods was arrested on suspicion of driving under the influence when he was found asleep at the wheel of his car. He later pleaded guilty to reckless driving.

He had five prescription drugs in his system as he recovered from the spinal fusion surgery that ultimately gave him a second golfing career.

Woods ended an 11-year wait for a major title when he won the Masters at Augusta in 2019.

He jointly holds the record for most PGA Tour wins at 82 with Sam Snead and is three behind Jack Nicklaus’ mark of 18 major titles.

Woods recently said he had hoped to play in this year’s Masters in April after having a fifth back surgery in January.

BBC golf correspondent Iain Carter told BBC Radio 5 Live: “Tiger Woods has had this extraordinary life which has had such massive highs on the golf course but some extraordinary lows in his personal life.

“This is now a very serious situation for his career.

“He was on American television on Sunday. A lot of observers were concerned at how hesitant he was about the nature of the progress that was being made in terms of his recovery and whether or not he would be fit for the Masters.

“All thoughts of that now go completely out of the window and are no longer a priority.”