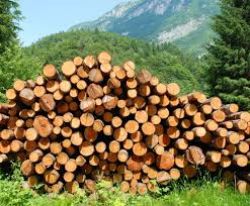 CHIMANIMANI: The country’s timber industry has lost 10 percent of its 87 000 hectares of productive land to illegal squatters, an official has said.
Timber Producers Federation (TPF) chief executive officer Darlington Duwa said Allied Timber Holdings has lost profitable use of 3 106 hectares while 4 882 hectares of Border Timbers Estates are illegally occupied. He said Wattle Company has lost 2 050 hectares while Mutare Board and Paper Mills (MBPM) lost thousands of hectares more.
“These illegal settlements have already cost investments in downstream industries like paper mills where China was willing to invest US$20 million in a new plant.
“Their conditions were squatters must be cleared up,” said Duwa.
The Chinese set a precondition that the sources of the pulpwood which would supply the mill should not be targeted by the resettlement exercise.
Duwa said the challenge of illegal settlement has been in existence for over 20 years and there was lack of will to tackle the problem head on.
“The problem can be solved and it only needs the will to do so,” said Duwa.
Confederation of Zimbabwe Industry (CZI) vice President Richard Chiwandire said illegal settlers have disrupted the tea, coffee and timber industries.
“There is need for order in our farms. We want our producers to increase production and this is affected by settlers,” said Chiwandire.
Captains of industry who spoke to New Zimbabwe said there was need for the new President Emmerson Mnangagwa’s administration to tackle the issue of illegal settlers in all timber plantations in Manicaland.
“We are optimistic that the new administration will help to resolve the matter which has been dragging for years. If not solved the issue may force the country to become a net importer of timber in the next five years,” said one timber producer who declined to be named.
Once a net exporter of timber regionally and globally, the Zimbabwe timber industry is under threat from illegal settlers who are reportedly causing veld fires, illegally cutting down trees and destroying environment through gold panning.  Advertisement