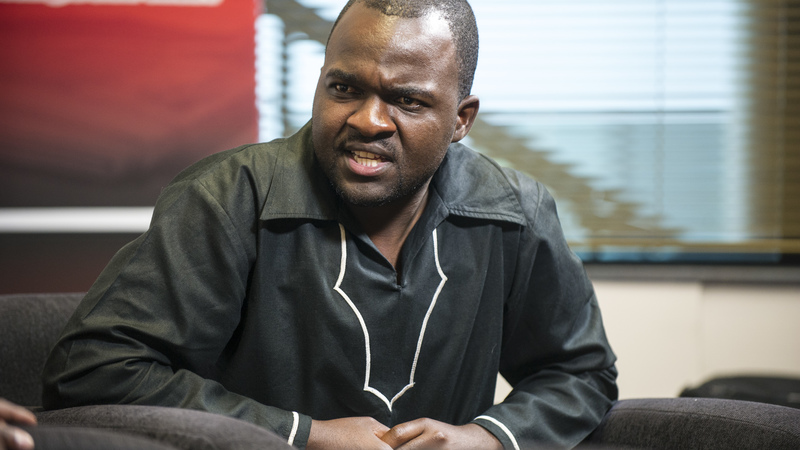 The first time I entered into the Meikles Hotel was in 2006 to meet Hon.Temba Mliswa. We had a discussion for an hour. Interestingly, I managed to convince him to incline towards my position of argument. At that point in time, Itai Dzamara was briefly working with Mliswa.

From that day, I interacted with Mliswa on several occasions and I grew not to only like him but also to respect him. Fast forward to 2015 when Itai was abducted, with the help of political parties and civic society groups we held several prayer meetings around Zimbabwe imploring for Itai’s safe return. One of such prayer meetings took place at Highfield’s Zimbabwe Grounds in July 2015. The late and former Prime Minister of Zimbabwe, Morgan Tsvangirai delivered the main speech.

Jabulani Sibanda and Mliswa were amongst those who gave solidarity messages at the prayer meeting. Mliswa also donated a tonne of maize to Itai’s family. I spoke on behalf of the Dzamara family.

Prepare yourself to lead

Several hours after the prayer meeting I received a message from Mliswa. Part of the message read, “That was a powerful speech you gave my brother. You are now a ripe politician and there is a place for you in the leadership of this nation. Prepare yourself to lead”.

I found that message mind blowing and encouraging. Above all, it was humbling to receive such a hearty vote of confidence from a seasoned politician in the mould of Mliswa.

A few days later, Mliswa shared with me his vision for the youth of Zimbabwe and he asked me to work with him. Subsequently, Youth Advocacy for Reform and Democracy (YARD) was formed of which I was part of from its inception.

What was more humbling is the fact that I was appointed to serve as the deputy National Coordinator/Commander. This was essentially a crush political induction and training program for me as I directly worked and learnt from YARD’s founding commander, Hon. Mliswa. I wouldn’t trade the experience for anything in the world.

The main objective of YARD was to provide a platform for the preparation of youths to actively participate in politics and to assume positions of leadership across the political divide. Firmly founded on the principle that young people are united in their diversity politically and only they must set the youth agenda. We travelled around Zimbabwe mobilising young people to participate in politics regardless of their different political outfits. We also took time to develop their leadership skills.

Everywhere we went, the clarion call was for youths to participate and lead in politics.

Today, many of the youths who have come to meaningfully participate in politics passed through the mentorship and tutelage of the maverick Mliswa. I too am a beneficiary of his mentorship and generosity of spirit.

In all the interactions we had with the youths around Zimbabwe, Mliswa would always tell us that future elections are going to be determined by the youths. From that standpoint, YARD’s thrust was to prepare the youths to participate in elections not only as voters but as candidates too.

On the 14th of February 2018, a dark cloud hovered over Zimbabwe with the passing on of the iconic father of democracy in Zimbabwe, Morgan Richard Tsvangirai. Time stood still. People from all walks of life felt the impact of Tsvangirai’s departure.

In spite of such a momentous loss, the journey towards a better Zimbabwe still continues albeit in the absence of the man who blazed a trail of democracy. What death could not do is rob us of hope and determination. As Khalil Gibran said, “for life and death are one, even as the river and sea are one.”

In that moment of death, grief and despair, something spectacular was born. The youth were given a new lease on life as predicted by men like Itai Dzamara and Hon. Temba Mliswa who had the wisdom not only to foretell “the winds of change” but prepared the young people for such a time.

The departure of Tsvangirai was indeed a loss but it was also a watershed moment. For the first time in a long time, a major wave of political awakening and consciousness in the youths swept through the length and breadth of Zimbabwe.

Chamisa – a representation of the time

Nelson Chamisa, a 40-year-old lawyer, pastor and protégé of Tsvangirai who walked with the veteran politician since the formation of the MDC in 1999, is the epicenter of this wave. Frighteningly, destiny and time coincided, leading to the meteoric rise of this charismatic youthful leader. His burden is to fill the big shoes left behind by the colossus that was Tsvangirai.

Chamisa defied the odds and leaped over the walls of resistance when he answered the call of time and destiny. In so doing, he positioned himself as the unmistakable quintessential embodiment of an epoch – a time for young people in Zimbabwe to actively participate and lead in politics.

Gone are the days when young people would be placated by promises of leading a tomorrow that was forever on the horizon-an ever-moving target which slipped away just when they were about to get hold of it. A wave of youth leadership consciousness is sweeping across the world – youths are daring to reimagine a world in which they take part in the processes that affect them. Youths are claiming their rightful position on the table – disrupting old hegemonies and challenging the status quo. It’s no longer business as usual.

The idea and its time
Victor Hugo intoned that there is nothing more powerful than an idea whose time has come. His words ring true in the now of Zimbabwean politics.

The idea of youth participation and leadership has coincided with time and is inevitable. The youths are no longer going to be bystanders while men and women of yesterday pretend to be creating a tomorrow for them. This is nothing but a clear rejection of gerontocracy and a marked departure from a lounged back posture by the youths.

The future is here.

Patson Dzamara is a leadership author, coach and consultant based in Zimbabwe.