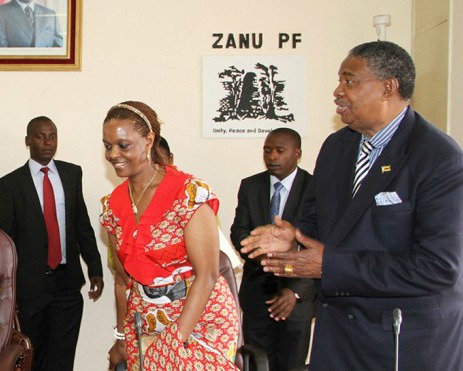 THE euphoria of 1980 evokes both shame and nostalgia. We are ashamed that what we thought we were celebrating is not what we ended up getting. At the same time, we have the nostalgia of emotionally welcoming home gallant sons and daughters who sacrificed everything to liberate our country, leaving behind multitudes in unmarked graves. We have the nostalgia of a new and promising nation not only in Southern Africa but on the entire African continent. Julius Nyerere called us the ‘Jewel of Africa’. Indeed we were, before ZANU PF vultures landed en masse!
We had very decent infrastructure by any standard, most of it inherited from the colonial regime which we managed to maintain for some ten years or so. We invested heavily in education and health. In no time, the University of Zimbabwe became known as the “Makerere University” of Southern Africa. Many students from the region had a dream to obtain a qualification from our university or serve their internship in our country. This included medical doctors and civil engineers from South Africa, Zambia and other countries. This was before we knew that down the track, 3-month politically-motivated PhDs would be offered by the University of Zimbabwe which has been reduced to an ordinary institution without any world ranking.
At independence, we upgraded many of our primary schools to secondary schools. Primary education became free while secondary was subsidised.  Well-equipped clinics sprouted in rural areas and in our townships. Our referral hospitals were fully functional. Patients were admitted for treatment and recovery, not death. At the same time, we enjoyed social and racial harmony. Something positive was happening.
Just what went wrong can be possibly summarised in four words “tragic failure of leadership”, to borrow from Nelson Mandela’s concise description of our national crisis. The epitome of that tragically failed leadership is none other than President Mugabe himself. As if destroying Zimbabwe is not enough, he is now dreaming of destroying or at least destabilising the United Nations, what a shameless master of destruction! This is not to say the United Nations is perfect, it is not but its shortcomings are a drop in the ocean compared to Mugabe’s monumental failure.
In the 1990s when signs of leadership failure became evident and topical, a lot of Zimbabweans, especially ZANU PF supporters, would fiercely defend President Mugabe saying he was a very good leader surrounded by incompetent, corrupt, ineffective and selfish ministers. Ministers in Mugabe’s government are just figureheads, nothing more. Patrick Chinamasa would most likely agree, at least in private.Advertisement

Thirty six years after independence, most of the “original” ministers have departed through death, old age, resignation or victimisation. The only remnants of the first pack are Sydney Sekeramayi and Emmerson Mnangwagwa. Still at the helm, is the man that some people believe is an infallible god from Zvimba, President Mugabe.
In recent years, it has become a lot clearer than ever before that President Mugabe is the primary root cause of our crisis. It is wrong to say he is surrounded by bad ministers. If anything, he is surrounded by himself, his family and his self-interests. Of course, there is also the invisible hand of his handlers, those who would like to see him in power as a captive president for as long as he has a pulse in his arteries and some semblance of breath in his lungs. They would like to see him report for presidential duties covered in cow dung, a traditional African practice to protect the sensitive skin of the very old.
The most dangerous of those surrounding president Mugabe are his handlers especially those in the security establishment. These are the brutal and mindless vultures we have to be worried about as we look beyond the Mugabe era. Most of them cannot account for their wealth. They have literally inflicted scars on innocent civilians including leaders of the opposition. They have looted anything they could lay their hands on. They, therefore, badly need presidential protection. For that reason, they would rather have Mugabe in power forever. Unfortunately for them, nobody can be in power forever. Having a prolonged presidency is not the same as eternity. Mugabe’s day will certainly come, what we don’t know is when and how.
Whenever it happens as it will, as a nation, we must be prepared for the eventuality, for the turning point. If we are not careful, we will find ourselves stuck with yet another Mugabe, only much younger and with a different name. This is something we must avoid at any cost. True, ZANU PF is largely a club of devils. On the other end of the spectrum, the opposition isn’t a holy communion of saints. With this in mind, progressive Zimbabweans must strive to find each other, irrespective of their political, civic, religious or sporting affiliations.
Informed by the old adage, we certainly cannot afford to throw away the baby with the bath water. Let’s identify those few good apples from across the divide, including even ZANU PF (if we are lucky to find any), and build a new prosperous, peaceful and democratic Zimbabwe. In the world of change management, striking a balance between change, continuity and stability is essential. This must be true for politics as well.
It is in his context that some of us subscribe to the emerging notion of the National Transitional Authority. There comes a point in time when Zimbabweans must look beyond President Mugabe as well as their trivial differences. If we won’t come together now and plan to rebuild Zimbabwe together, posterity will never forgive us.
2018 will be an event. The real process must start now!
Moses Chamboko is a pro-democracy activist and interim secretary general for Zimbabweans United for Democracy (ZUNDE)
www.zunde.org; info@zunde.org