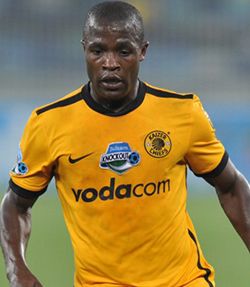 TINASHE Kachingwe’s inescapable “2 On” was one of the defining songs of 2014, and her unpredictably smoky Aquarius, was the year’s best R&B album as well.
A fledgling perfectionist whose label let her take her time with her debut, the former child actress has managed to get along with collaborators as disparate as Nick Jonas, Calvin Harris and, um, Charlie Sheen.
SPIN caught up with the 21-year-old over the phone to learn how much hard work goes into making such relaxing music, and how she spent the best year of her life thus far.
Aquarius was two years in the making, what kind of strings did you have to pull to get people off your back about rushing it?
I was lucky to have a label that wanted to make sure when I presented my debut that I felt I was ready. They never put that much pressure on me to hurry or to rush. The most pressure came from myself, because obviously I was ready to move to the next chapter of my life. I wanted to put something out that was amazing and I had to take time until it was really ready.
Is it true that you didn’t listen to any outside music while you were working on it?
Well, not any. [Laughs.] I listened to music at the end of the day. I’m always trying to discover new stuff in magazines, blogs. But when I was doing the album, I didn’t focus on that as much I was really more into creating my own.
What would you put on at the end of the day?
I was trying to go back to my old school taste. Like, I always listened to Sade, Janet Jackson, Michael Jackson. People my parents played in the house growing up — I always come back to that.
I love how Aquarius bridges different eras of R&B with current sounds. Like “2 On” reminds me of a lot of millennial jams, like “AM to PM.”
I don’t know if it was necessarily intentional, but I tried to have versatility within the music while still being consistent. I feel like at the end of the day, I always would try to make music that I wanted to listen to, stuff that I liked and wanted to hear.
Tinashe – 2 On (Explicit) ft. SchoolBoy Q