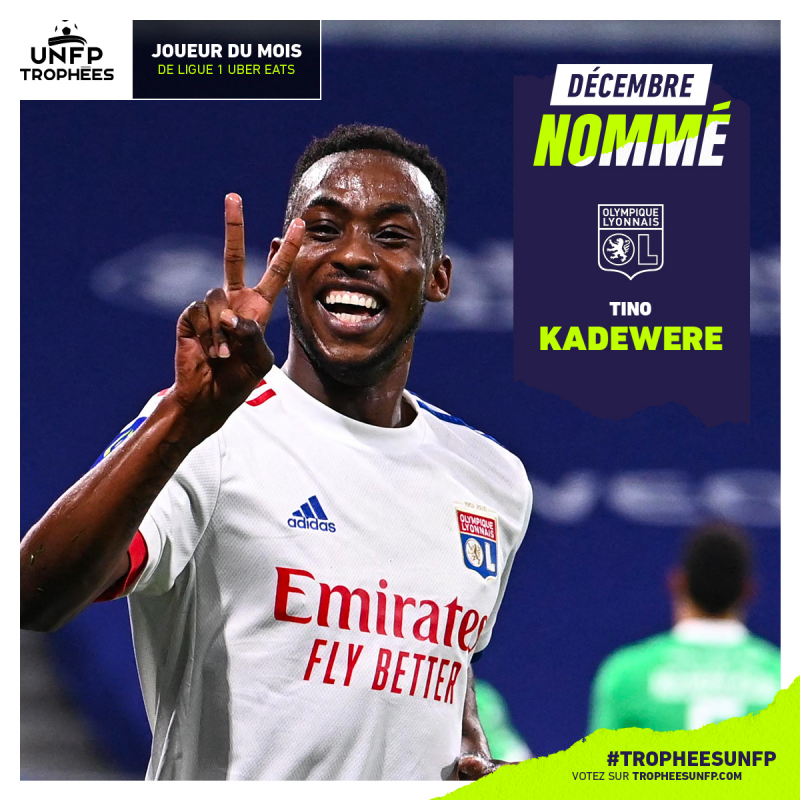 WARRIORS star Tino Kadewere has been recognised for his fine form at Olympique Lyon after being nominated for the December Player of the Month award in the French Ligue 1.

The 25-year-old Zimbabwe international is one of the three nominees for the monthly gong alongside his Cameroonian teammate Karl Toko Ekambi and Lille’s Yusuf Yazici.

Kadewere, who finished last season as the top goal scorer in the French Ligue 2 has quickly adapted to life at Lyon following his move from Le Havre, forming a deadly attacking trio with Ekambi and Dutchman Memphis Depay.

The former Harare City star has scored seven goals in 18 appearances for the French Ligue 1 log leaders despite being predominantly fielded out wide on the right of a three-man attack.

Lille’s Yusuf Yazici, is the author of two goals and an assist in the league last month.

The winner of the award will be voted for by the fans on the awards’ official website https://www.tropheesunfp.com/.

Kadewere has become a regular fixture for Lyon since his arrival from Ligue 2 club Le Havre, wrestling the starting jersey away from French international Moussa Dembele, who is set to join Spanish side Atletico Madrid on loan.