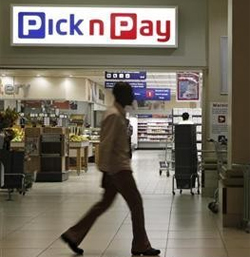 South African retailer Pick n Pay says its Zimbabwe associate TM Supermarkets performance boosted the group’s half year revenue for its Rest of Africa division which increased by 12.6 percent to R2.3 billion ($170 million).
The retailer reported on Tuesday that profit before tax was up 22.3 percent from R103.7 million ($7,7 million) to R126.8 million ($9,5 million), in part due to a strong performance from TM Supermarkets.
The group’s share of TM’s earnings grew 40.4 percent on last year to R40 million ($3 million).
TM Supermarkets has 56 stores in Zimbabwe, 16 of which trade under the Pick n Pay banner. Pick n Pay controls 49 percent of ™, with the remainder held by Meikles.
“The Group’s franchise businesses outside South Africa, together with the Group’s share of profits of TM Supermarkets (its associate in Zimbabwe), continue to make a positive growth contribution. Despite the ongoing challenging trading environment in Zambia, the Group remains positive about its long-term prospects in the region,” the company said.
The group also has operations in Namibia, Botswana, Lesotho and Swaziland.Advertisement