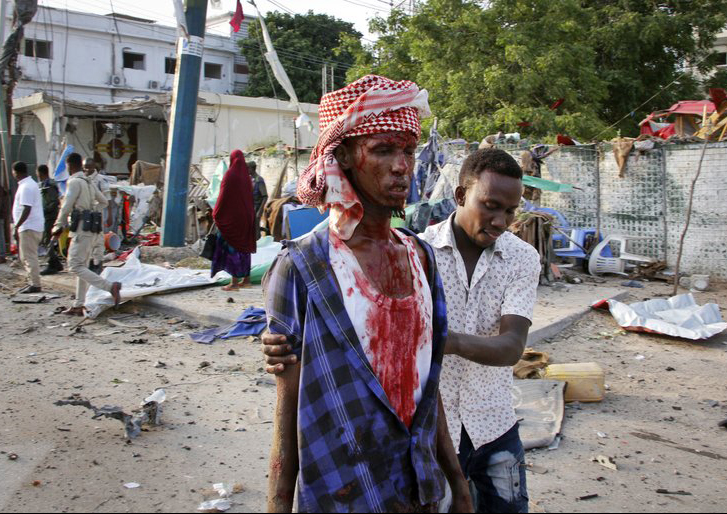 NAIROBI: Somali hospital and police sources say the death toll from Friday’s bombings outside a hotel in Mogadishu has risen to 53 with over 100 injured.

Capt. Mohamed Hussein, a senior Somali police officer, said many of the injured suffered horrific wounds, raising fears that death toll could rise further. The figure given by Hussein is consistent with submissions from hospitals.

Ahmed Yusuf, a nurse at Madina hospital, said that Mogadishu’s hospitals are coping to treat the influx of wounded victims who continued to come in Saturday.

Four car bombs by Islamic extremists exploded outside a hotel in the capital, Mogadishu, Friday afternoon. After the three explosions in front of the hotel, a fourth blast hit as medics attempted to rescue the injured.