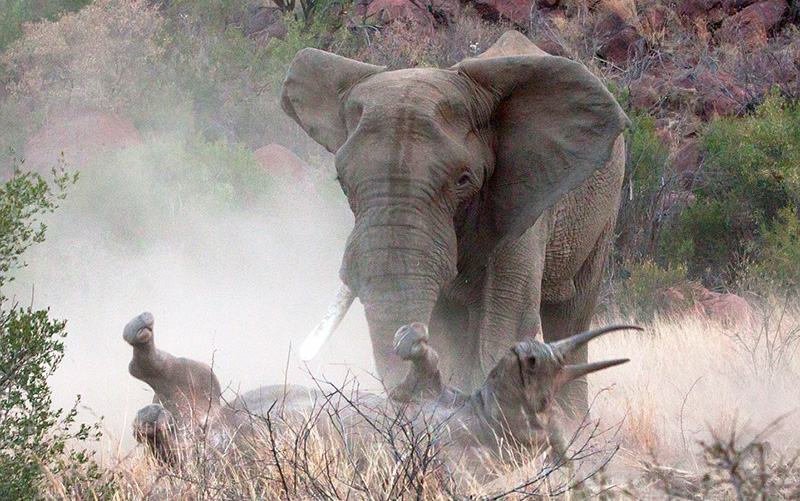 Poaching is on the increase in Zimbabwe
Spread This News

AUTHORITIES have come up with a toolkit that is aimed at expediting the trial of people accused of committing wildlife related crimes, it has been learnt.

The kit, which was developed by Speak out for Animals (SOFA) in conjunction with the Zimbabwe Parks and Wildlife Management Authority, National Prosecuting Authority, police and Space for Giants, was launched at Matopos National Park on Tuesday.

Speaking at the launch, secretary in the Ministry of Environment, Munesu Munodawafa said the legal guideline book will go a long way towards safeguarding Zimbabwe’s wildlife.

“This book is a positive contribution towards wildlife care. It (tool kit) comes when the Ministry is working hard on anti-poaching activities and anti-animal trafficking initiatives. Handling, detecting, investigating of animal crimes in Zimbabwe has to be taken seriously by all,” said Munodawafa.

Munodawafa said wildlife is the largest economic contributor to the tourism industry in the country and needs to be protected.

“We have to continue fighting and advocating for protection of wildlife. Let us all protect and conserve our animals and the wildlife environment,” he said.

Speaking at the same occasion, acting Prosecutor General, Nelson Mutsonziwa welcomed the kit saying it will go a long way in assisting investigators and prosecutors in carrying out their work. Mutsonziwa bemoaned the inconsistency of wild life laws in the region which he said were fuelling wildlife related crimes.

SOFA founder, Ever Chinoda said following the launch of the guide book her organisation will from next week embark on legal awareness training for prosecutors and investigators who deal with wildlife related cases.

“The guide will be used by investigators and prosecutors in their days to day activities of fighting wild life crimes,” said Chinoda.

Zimbabwe has in recent years experienced a boom in poaching and trafficking of wildlife to Asian countries.