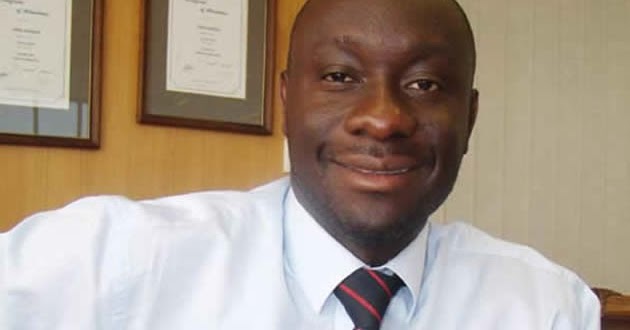 TOP businessman, Farai Matsika wept bitterly Monday in court after losing an appeal against a High Court ruling that he fabricated documents in a bid to snatch Croco Holdings owned by his former partner Moses Chingwena.

The case was dismissed on appeal with costs at the Supreme Court.

A full judgment was not readily available, but Matsika had in his appeal raised 11 points challenging the High Court ruling, which concluded that he had cheated.

In his appeal, Matsika complained High Court judge, Justice Owen Tagu had made a number of mistakes in concluding he sought to grab the company through the back door.

“The court a quo erred and misdirected itself on the facts and the evidence in holding that the second applicant (Fairgold Investments) is a wholly-owned subsidiary of the third respondent (Croco Holdings) and as such the second applicant is not a minority shareholder entitled to bring an application in terms of Section 196 (1) and Section 198 of the Companies Act (Chapter 24:03),” Matsika argued.

He added: “The court a quo erred and grossly misdirected itself on the facts and on the evidence in finding that the application before it was on material falsehoods, whether as alleged by the respondents or at all.”

He argued Justice Tagu made a mistake in finding the cause of action had been taken out of time.

Matsika sought the setting aside of the High Court ruling and demanded a forensic audit and valuation of Croco Holdings and 39 other entities.

Matsika claimed that in family negotiations he had built the Croco business empire for 26 years while his cousin Chingwena was working at LCZ, Century Bank, and Discount House, which he claims are failed companies.

Matsika, a former Croco chief executive, was left in the open after the court ruled that he had produced doctored documents to substantiate a false claim.

Tagu ruled that his “entire application was anchored on dishonesty.”

“The applicants (Matsika and Fairgold) sought to seek relief from this court by fabricating documents, a fabrication as amateurish as it is disrespectful,” Tagu ruled, before dismissing the application with costs.

In the application, Chingwena had argued that Matsika failed to place before the court evidence showing how he secured the 30 percent stake in the car firm.

While Matsika had claimed that Phibeon Gwatidzo of Baker Tilly Gwatidzo Chartered Accountants was the shares transferring secretary in 2006, it later emerged through Gwatidzo’s secretary that the accounting firm was not yet in existence at the time.

Justice Tagu ruled that by extension of logic, the applicants needed to explain why the share capital amount was expressed in United States currency, which was not in use in Zimbabwe until 2009.

The judge said they also should have taken the court into their confidence and explained how Baker Tilly Gwatidzo Chartered Accountants could have executed the share transfer documents in May 2006 when that firm only come into existence six years later in 2012.

It is clear from the answering affidavit that the applicants did not deny that Baker Tilly Gwatidzo Chartered Accountants was established in 2012.