THE claimed mistress of ex-CBZ Holdings chief executive officer Nyasha Makuvise has been slapped with a US$100,000 adultery claim by the banker’s estranged wife.

According to papers before the High Court, Makuvise has been living with lover, Tsuu Machingura, since 2019 when he left his matrimonial home.

At the time, he reportedly told wife Clarieta Makuvise, nee Mbizi, that he was going to Dubai on a business trip.

Clarieta only established recently that her husband has been in Zimbabwe all along and living with Machingura who was a friend to the couple’s daughter.

Clarieta has since filed for divorce and asked the court to impose a caveat on their properties after noting that Makuvise was allegedly selling them without her consent.

Court also heard that Makuvise lied to Clarieta that he had stage 4 cancer and deceived her “into selling some of their business immovable properties in the guise of raising money for his cancer treatment”.

Clarieta is demanding that Machingura pays US$40,000, being damages for loss of contumelia, injury, insult, embarrassment and indignity.

She also wants US$60 000 for loss of consortium, disruption of comfort society, loss of financial support and loss of society.

A full hearing on the case is pending.

According to Clarieta’s lawyers, Machingura “betrayed the trust of the plaintiff because, at all material times, she had known her only as a friend to the couple’s daughter.

“It (was) only sometime in August 2022 that the plaintiff unearthed the truth of the adulterous affair between her husband and the defendant,” wrote Absolom Attorneys, representing Clarieta. 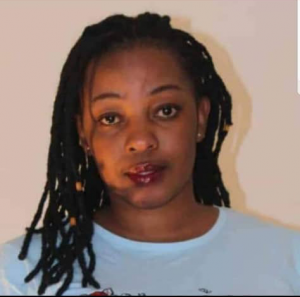 “Such deception and influence of adultery has led to the plaintiff’s husband concealing imperative business affairs of their matrimonial wealth.

“The disposed properties have been to fund the adulterous relationship’s luxurious trips and holidays.

“It has also led to the defendant being bought luxurious motor vehicles and living a luxurious life where herself and her family members have been spoilt to some of these holidays’ trips and expensive gadgets. In simple words, the defendant now enjoys the lifestyle that the Plaintiff used to enjoy prior to 2019.”

Clarieta said, as a result of the affair, she was deprived of a lifestyle she had become accustomed to.

“The plaintiff has lost consortium; particularly, there has been a disruption of the comfort, society, loss of financial support and loss of service from the Plaintiff’s husband.

“The plaintiff’s husband has neglected the plaintiff in all respects to an extent that he has no knowledge of how the plaintiff currently manages to take care of herself because he no longer provides the plaintiff with the lifestyle she was accustomed to and he has blocked the plaintiff outside all of her assets and investments.”

Makuvise was also said to have taken the couple’s minor children to Dubai where they reportedly lived alone in a hotel since 2019.

“Therefore, by reason of the adultery, plaintiff has not seen her children since sometime in August 2019,” said Clarietta’s lawyers.

“The Plaintiff worked very hard to contribute and build a lifestyle that is beyond average and invested her time into nurturing her family.

“Together, they enjoyed a blossoming marriage of companionship which has always been in the public eye owing to the fact that the Plaintiff’s husband was a well-known business executive whose reputation and influence pervaded the whole country.”

Clarietta added that she enjoyed financial support from her husband, a lifestyle of being pampered with expensive gifts, surprise parties and events to honour her as well as expensive holiday trips around the world.

All this ended when the adulterous affair began.

Clarieta said she feels embarrassed, hurt and undignified because of what happened.

On the other hand Machingura has not shown any remorse but brags about having snatched Makuvise from Clarieta.