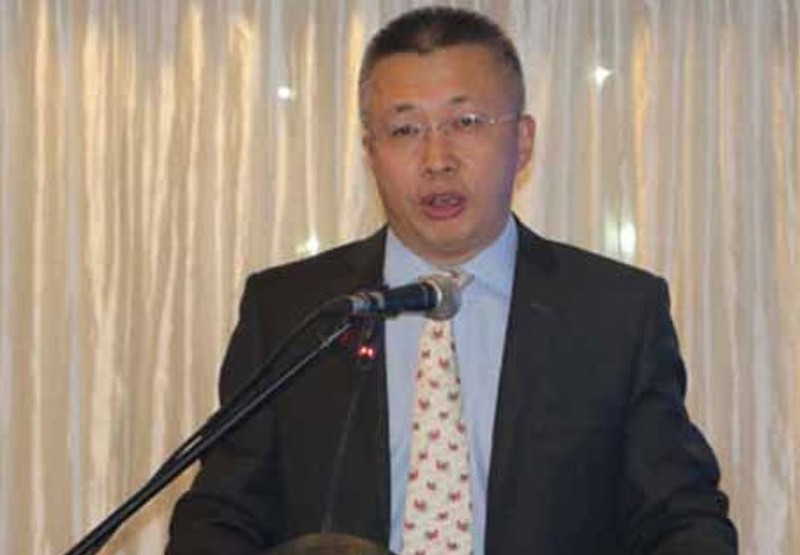 ZIMBABWEANS have demanded the deportation of a top Chinese diplomat for posting on Twitter, a message that ‘celebrated’ Covid-19 deaths on 29 of their United Kingdom based compatriots.

Zhao Baogang, the Chinese deputy ambassador, posted on Twitter that no Zimbabwean had died in China from COVID-19 compared to the UK.

The virus originated from China at the end of last year and has since spread across the globe killing 197 082 people as of Saturday morning.

“No Zimbabwe died of COVID-19 in China, we take good care of them. 29 Zimbabweans die of COVID-19 in UK,” Baogang wrote on his Twitter – @zhaobaogang2011.

However, Zimbabweans did not take kindly to the message and leading the assail, exiled former Information Minister, Jonathan Moyo called for Baogang to leave Zimbabwe immediately.

Zimbabweans said his message was ‘insensitive’, ‘celebratory’ in that 29 Zimbabweans had died of COVID-19 in the UK.

“This revolutionary Chinese friend of the rogue regime is undiplomatically and proud celebrating Zimbabwean deaths in the UK due to #COVID-19 in such an insensitive way that would get him sent back to his racist homeland in any other country with a proper and legitimate government,” Moyo said in protest.

“The racist diplomat from racist China had deleted his offensive, outrageous and totally unacceptable tweet as if he does not know that the internet, or rather @Twitter does not forget, this @zhaobaogang2011 must go.”

“This racist Chinese deputy ambassador @zhaobaogang2011 wants to pit us against other nations! We should REFUSE that! Our people living in UK have held our economy with remittances. China has done NOTHING for the common except to LOOT our resources and attack Africans in China,” he said.

Most of the Zimbabweans who have died in the UK are nurses and front line health workers.