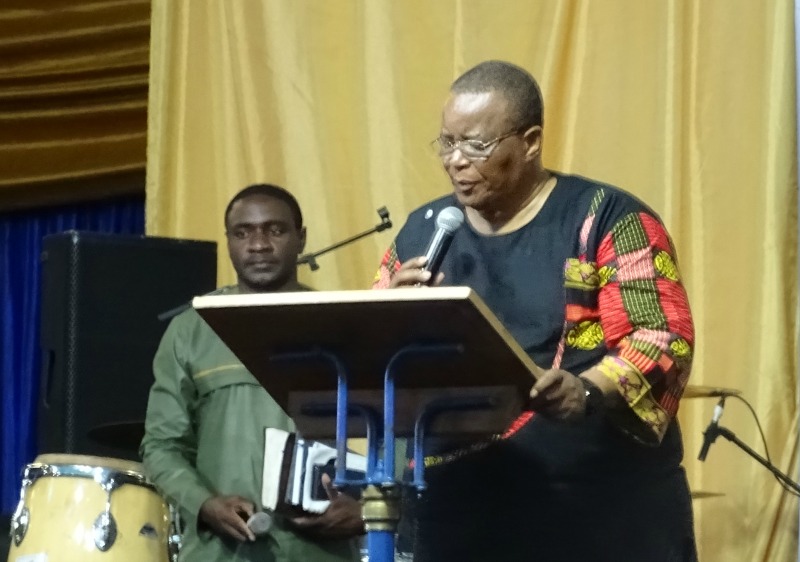 Chiwenga was guest of honour at the annual event organised by the church in Bulawayo.

As then Zimbabwe Defence Forces commander, Chiwenga led the military coup that saw his former boss elbowed out and being replaced by current President Emmerson Mnangagwa.

The brave act would not escape Wutawunashe who on Sunday described Chiwenga as “midwife” in the dramatic transition.

“God brings salvation. God always uses people and we will never forget that God used you (Chiwenga) as midwife for this new dispensation,” said the cleric.

Incidentally, Wutawunashe in December 2014 during a similar gathering in the city described Mugabe as a God-chosen leader who worked tirelessly for the country.

“President Mugabe is a God chosen leader,” he said then.

“He was raised by God to lead this nation. He has worked diligently for this country and was given the strength to fight for the nation’s wealth to be owned by black majority, which has been a success.”

But on Sunday, Wutawunashe saw otherwise, accusing the former president of violating the constitution.

“The honourable Acting President (Chiwenga) courageously stood at a very critical time when our leader had broken the constitution. And he said he would not allow the nation to go down the drain while he is there,” he said.

A day before Chiwenga staged the coup, he brandished a copy of the country’s constitution adding that the military was there to protect the supreme law of the land.

Earlier in his introductory remarks, Wutawunashe described Chiwenga as a courageous leader.

“At this year’s event, we have invited a man who has rendered distinguished service to our people. A freedom fighter, a military chief and in our recent transition, he courageously played a midwifery role to the new dispensation.

“I want to ask everybody else except him (Chiwenga) to stand up and give him a resounding welcome. Despite all the insults you hear, you have had it from the crowd‘s response that they love you,” he said.

As Wutawunashe took to praising the once feared top soldier for supposedly protecting the constitution through the coup, he momentarily chose to forget the role played by the country’s number two in the 2008 presidential run-off election when the military blocked the now late winner of the presidential poll, Morgan Tsvangirai of MDC from assuming power.

Chiwenga, together with other security commanders in the country, addressed a press briefing in which they vowed they would not let any poll winner who did not take part in the country’s liberation struggle to rule the country.

Unlike in 2017, Chiwenga did not make any reference to the constitution.

The country’s substantive Vice President remains a hated figure among opposition loyalists who feel he blocked what could have been a turning point to the country’s dire economic and political situation that has been dominated by Zanu PF.

The ruling pahrty is blamed for poor leadership that has led to massive poverty in the once prosperous country.