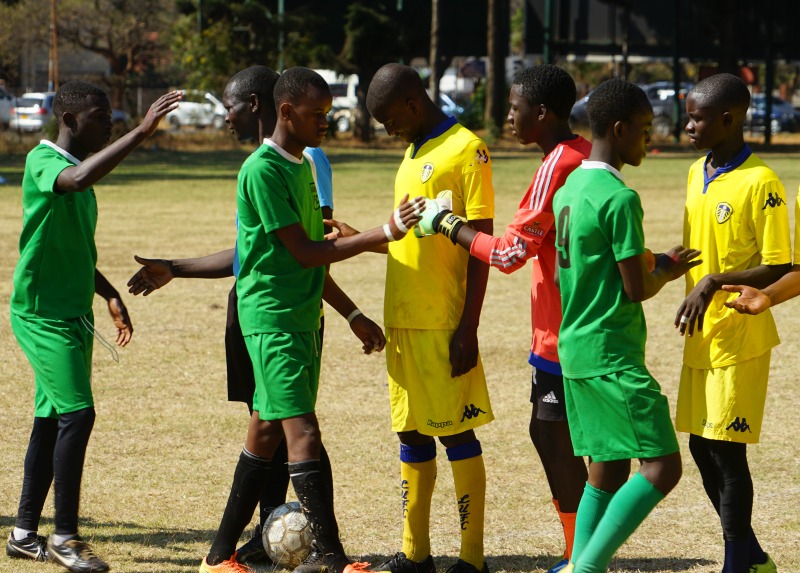 FAILURE by coaches in the Premier Soccer League and lower divisions to co-opt junior talent into their teams while opting on recycling older players is destroying football development in the country, a top football administrator has said.

“I would blame the coaches for the current situation we are in because they do not take time to come and watch these boys play and we know they are talented and with proper management and coaching, can go far.

“You can look at just how many top flight coaches we have here today, just a few. Then we say they can develop junior talent,” said Jaji.

He also said that the idea behind the Harare Province junior league and other junior leagues countrywide was to create a pool of junior players for those in more professional leagues to tap into.

Black Rhinos beat guests Rusununguko High school, who were being led by 2017 Copa Coca Cola player of the tournament, Oscar Magejo 4-1 on penalties after a one all draw.

Farai ‘Bhasera’ Mutsawari scored six goals in five matches to be crowned the top goal scorer while Panashe Mutimbanyoka of Rusununguko High emerged as the player of the tournament.

Jaji said that there was need for more sponsorship as they were not getting anything from players developed by their league.

“We were awarding teams with a ball and cons because there is a shortage of sponsorship in the junior league but we are sure that with proper sponsorship this system we have here could become the centre of football development in Zimbabwe,” he said.

Dickson Choto runs DC Academy which has produced players such as former Caps United midfielder Devon Chafa who was part of the Makepekepe team which had an impressive run in last season’s CAF champions’ league.

He is currently on the radar of champions FC Platinum for registration into the same competition after cutting ties with his Zambian paymasters, Buildcon FC.

Teams in the Castle Lager premiership are entitled to register five players under the age of 18 as part of the PSL’s drive to promote junior football in the country.