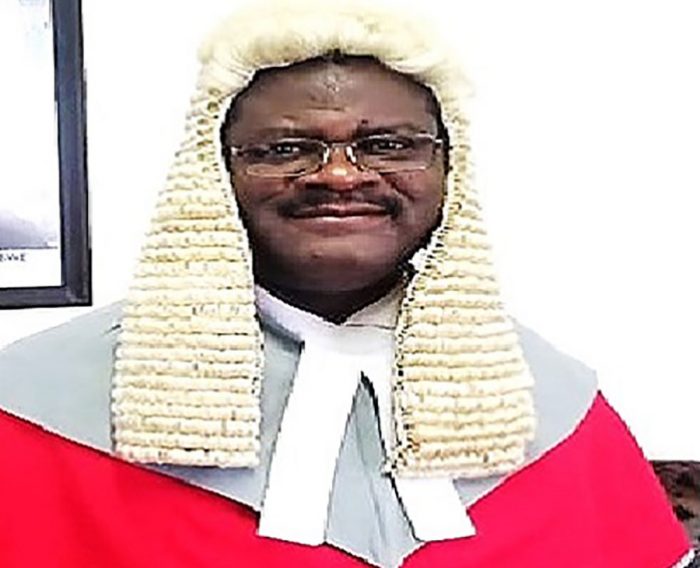 A BULAWAYO High Court judge, Justice Thompson Mabhikwa and a member of the support staff, Oratile Nare, are under probe by the Judicial Service Commission (JSC) after nude pictures and raunchy WhatsApp messages, allegedly from the judge’s phone, circulated last weekend.

The two are believed to be involved in an intimate affair.

The charges are that Justice Mabhikwa and Nare, an assistant of fellow Bulawayo judge, Justice Maxwell Takuva have been in an intimate relationship and that Nare became jealous after suspecting her lover had another girlfriend.

Nare then allegedly forwarded the judge’s exchanges with the other woman to all his contacts, including a judges’ WhatsApp group.

“The Judicial Service Commission has taken note of the offensive material circulating on various media platforms and the alleged relationship between a member of the Judiciary and a member of the support staff,” said the JSC in a statement Tuesday.

“The Commission wishes to advise that investigations into the matter are underway and the public will be advised of the results thereof in due course.”

Nare is understood to have gone through Justice Mabhikwa’s phone sometime during the night last weekend while the judge was asleep and she discovered that he had sent pictures of his manhood to another woman only identified as Petty or Patie.

Petty or Paties also exchanged with the judge, pictures of her privates.

The pictures impressed the judge who promised her a hot intimate session, “Okay, ntambama ngizaluphosa ke (‘I will throw it (penis) in then’, Ndebele slang for lovemaking).”

Petty or Patie replies: “Ngizakunika. Uphose vele (I will give it to you. You have to fu** me).”