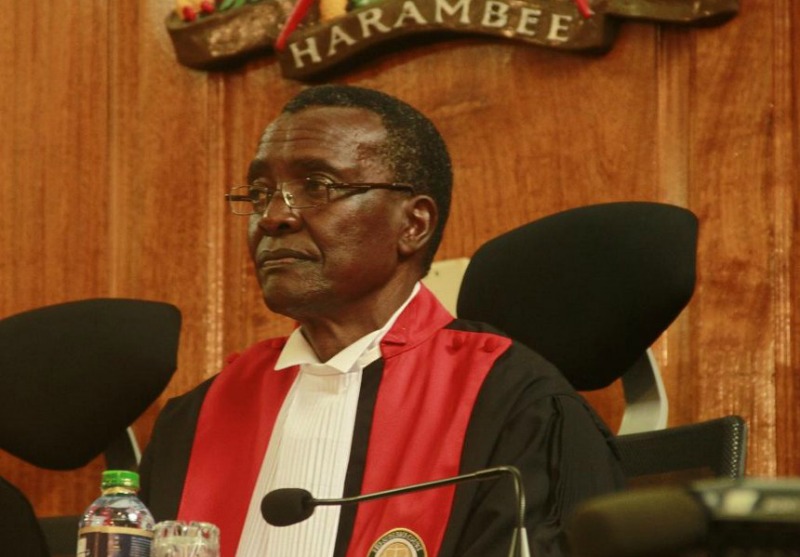 Kenya’s Chief Justice David Maraga was admitted to hospital Saturday, after being involved in a road accident.

Maraga and his wife Yucabeth Nyaboke were admitted into a hospital in Nakuru after the accident, but were later flown to the capital Nairobi for better medical care.

The Chief Justice later – through a tweet – said he was okay, and that his aide and driver who were also in the car were also in fine condition.

Police said the driver of the vehicle that hit Maraga’s had been hospitalized.