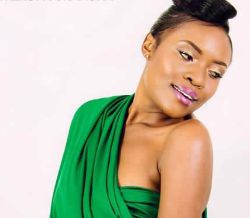 THE trial of Black Opal Face of Zimbabwe second princess, Mercy Kamanura, 24, accused of stealing a jumpsuit at Edgars stores, failed to start this week.
Harare magistrate Batanai Madzingira postponed the trial to next week Thursday.
This was after the matter was referred to two courts after the initial presiding magistrate was said to be overwhelmed.
The skin beauty queen from Chitungwiza is denying the charges although the state alleges that she failed to prove her innocence when she was arrested.
Edgars Stores, a complainant in this case, is being represented by Isaac Kanyandura.
Prosecutor Progress Maringamoyo alleges that Kamanura, who is on $30 bail, used to frequent Edgars VIP customer stores.
He told court that sometime two weeks ago the model entered Edgars store at corner Kwame Nkrumah Avenue and First Street.
She pretended as if she wanted to buy and took three dresses to the fitting room.
It is alleged that she later came out of the fitting room with two dresses which she returned to shop attendants.
At the exit, a security guard searched her and found a jumpsuit which had not been paid for in her handbag.
The security guard went to the fitting room and found a tag which was attached to the jumpsuit discarded. The jumpsuit was valued at $40.
Kamanura denied stealing the trendy outfit alleging that she bought the jumpsuit from Edgars Joina City branch.
However she failed to prove that indeed she had bought the jumpsuit.
The case was remanded to September 24.
Advertisement