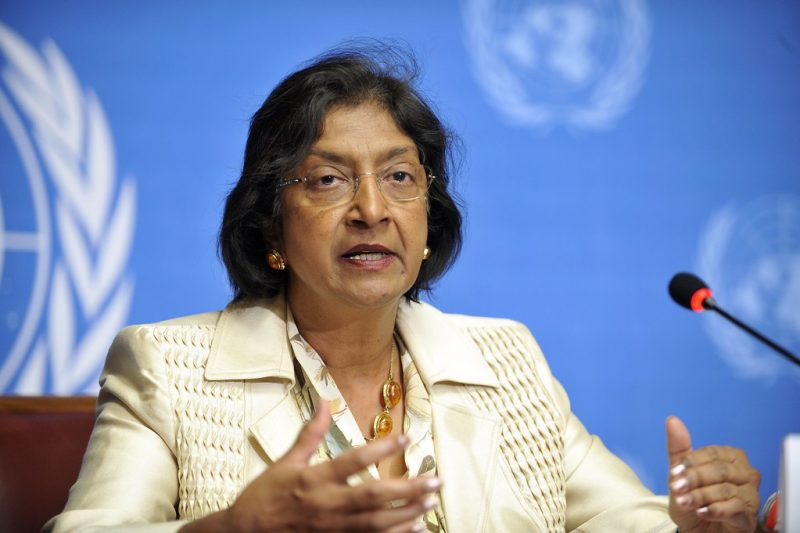 The late Kamba was a renowned human rights lawyer and the first black Vice Chancellor at the University of Zimbabwe.

Pillay said Kamba will be heartbroken to see the hopes of Zimbabweans dashed by Mnangagwa’s administration adding the Harare regime could do better in terms of respecting human rights.

“In just one year, the human rights environment has deteriorated to such an extent that it is heartbreaking for me.

“I am sure for Walter Kamba, had he been alive, he would see so much suffering and the hopes for Zimbabweans for a better future under a new government dashed.

“In every facet of life, deterioration of civil and political and economic social and cultural rights has reached crisis proportions,” said Pillay.

The former top UN diplomat was supposed to come to Zimbabwe last year in January, but the lecture was cancelled due to military-led beatings and killings over fuel increases.

“You have a good Constitution, a good Bill of Rights like South Africa. Zimbabwe has ratified the African Union Charter on Human and People’s Rights and here the country faces massive challenges with implementation of these rights.”

However, Pillay said there was no excuse why Mnangagwa was failing to fully implement basic rights. She also blamed Finance Minister Mthuli Ncube’s austerity measures for worsening the people’s suffering.

“When doctors have gone on strike over the untenable conditions, it is the patients who pay with their lives, at Harare hospital an average of 75 babies die every month at that hospital alone.”

Pillay was South Africa’s first female High Court judge and is currently the 64th most powerful woman in the world. She served as UN High Commissioner from 2008 to 2014.