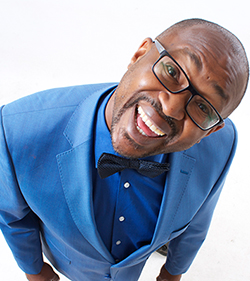 LOCAL comedian Carl Joshua-Ncube will for the, first time, tour South East Asian countries later this month, promising to set the sub-continent ablaze.
Backed by a local commercial bank, Ncube will tour Indonesia, Malaysia and Singapore.
The talented comedian confirmed the tour in a Facebook post.
“This has got to be the most appropriate partnership I have ever had,” he said.
“As an international touring artist you can imagine the horror of finding out that your bank card doesn’t work when you are doing gigs in Cape Town etc.”
He continued: “Steward (bank) came in and said Carl why don’t you try our Mastercard… plus we will contribute to some of your touring expenses.”
The tour will take him to Jakarta, Indonesia from November 18 until December 6 after which he will perform in Malaysia. Sandwiched between the two shows are performances in Singapore.
Ncube has performed in countries such as Botswana, South Africa, Zambia, Uganda, Kenya and the US.
Since breaking onto the scene with his debut one-man-show ‘Carl Joshua Ncube’s Big Announcement’, Ncube he has never looked back and is arguably one of the best stand-up comedians in the country.Advertisement