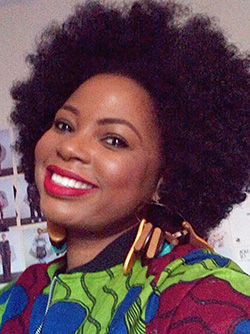 AWARD winning Zimbabwean Designer, Pam Samasuwo-Nyawiri, has once again made headlines after she was recently selected as a finalist/nominee for The Best International Handcrafted Collection 2015.
She was nominated for the collaboration between Harper’s Bazaar and ABURY Design Experience which prides itself as ”the first international fashion platform that brings together traditional, old world crafts with avant-garde design to create a new luxury style that fosters intercultural exchange and preserves world crafts.”
”I am very sentimental about the idea that traditional craftsmanship will be lost if not passed on,” said Pam, commenting on her nomination.
She added that it was important for the fashion industry to start looking at using artisan communities to make their collections as this helps create employment in safe and fair environments.
Pam says it is also vital for consumers to start questioning who made their products. With the increase of sweat shops worldwide, mass production was a clear wastage of resources as not all products made were sold and there was less diversity in fashion.
Inspiration
On the inspiration of her nominated collection, Pam said she had called it, ‘Perfect Imperfections’ as she wanted to show that “imperfections were also enjoyable”.

The collection, which is now SOLD OUT, was also featured in British Vogue last year and represents 100% handcrafted work in its fullness.
”My work is based on storytelling and the collection was a way of ”pulling a finger” at mass produced goods and saying to consumers; ‘it’s ok if a product has a stitch out, that shows that a human being with emotions, and not a machine, has made it’.”
The latest accolade comes less than a month after the she was nominated for two other awards, which include a Continental award for Women4Africa and the Zimbabwe Achievers Award. All three platforms coincidently present their awards on the 9th of May 2015.
Pam has again proved that it is possible to have recognisable attributes on an international level. Only last year she became the first African designer to be nominated for the Vogue and Muuse Best International Accessory Designer Award.Advertisement

The Best International Handcrafted Collection 2015 saw 80 semi-finalists being put forward with just 9 going through to a head-to-head public vote. The winner will be picked by a panel comprising the biggest players on the International fashion scene.
Africa as fashion hub
Pam said she felt that as a designer in this generation, she had the power to influence change through her work and help showcase Africa as a potential fashion hub.
”I look back at the art of doily-making, wood carpentry, basket weaving and the sekurus’ making shoes from leather scraps on the side of the road, that is the craftsmanship which I want to surround myself with,” she said.
She is also focused on proving that fashion is a credible source of income, not only for designers in the global fashion hubs, but for the African continent as well.
Her next step is to engage policy makers in different African governments to acknowledge that the multi-billion dollar industry could potentially help restore some of the continent’s failing economies.
Pam attributes her successes, so far, to very supportive family and friends, noting that she had an almost gladiator attitude and knocked on every possible door she had an opportunity to encounter until it opened.
To ensure that Zimbabwe keeps rising, please vote for Pam on  http://adex.abury.net/portf…/designer-7-pam-samasuwo-nyawiri , where there is a profile and a video in which Pam talks about her work. Voting ends on 9th May 2015.
Pam Samasuwo-Nyawiri on nomination