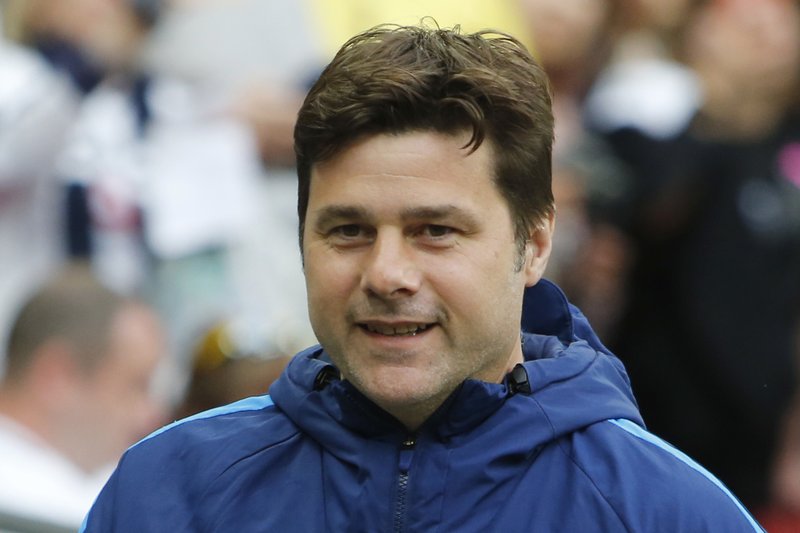 Pep Guardiola had called for an atmosphere but he did not expect there to be total, utter silence. That was the most eerie thing inside the stadium in this most incredible and almost unreal of Champions League ties as Tottenham Hotspur knocked out Manchester City on away goals.

That bare fact does not tell the story. How could it? It does not tell the story of five goals in an 11-minute first-half frenzy, of City, at one point needing three goals to progress, and achieving just that, before facing an exit, and the extraordinary scenes when Raheem Sterling thought he had then completed a hat-trick deep into injury time to send City through only for it to be ruled out after the Italian VAR Massilmiliano Irati asked the Turkish referee Cuneyt Cakir to review.

The dream of the quadruple is over for City and as the wild celebrations were brought to an abrupt halt – Sergio Aguero was clearly offside before he set up Sterling – they were replaced by, well, that silence. It was stunned, complete silence apart from, after a pause, a delirious wedge of Spurs supporters. City’s fans simply did not know how to react, how could they, before the fifth minute of added time expired and it was over.

It was not their fault. They backed their team and the atmosphere before that incident was brilliant and it could not fail to be with such an endlessly end-to-end game that no neutral wanted to end. But they were numb as they downed a sea of flags on their seats before departing.

What was possibly the most stunning fact of all, though, was that Kevin De Bruyne, who was unstoppable, somehow ended up on the losing side.

The decisive goal was also checked for a possible handball by Fernando Llorente, but was rightly allowed, and the fact the bit-part veteran striker was on the pitch showed how down to the bare bones, to coin the phrase of a previous manager, Spurs were. “Mauricio Pochettino, he’s magic,” sang the Spurs fans. And he is. He really is.

This is a manager who coped without Harry Kane and without Harry Winks, Eric Dier and Erik Lamela in midfield where he also lost his best performer, Moussa Sissoko to first-half injury while Dele Alli played with a broken hand.

This is also a manager who has not bought a player for the past two transfer windows up against one, in Pep Guardiola, who has been lavishly supported and whose bench alone cost around £240million. But it is Spurs who will now meet Ajax in the semi-final, their first semi-final in the European Cup since under Bill Nicholson in 1962.

This was devastating for City who will look back at Aguero’s penalty miss in the first leg but know there is a collective guilt in conceding three times at home, and twice early on to the remarkable Heung-Min Son, as Guardiola once again failed to go beyond the quarter-finals in a competition he has not won since 2011.

It was summed up by Pochettino’s face. He was shaking his head, contorted in disbelief as Sterling appeared to score. He wagged his finger at Cakir as the official consulted his video screen, he appeared to fear the worse, and then he exploded in relief after the decision went in his favour when replays showed that Bernardo Silva had deliberately diverted Christian Eriksen’s loose pass into Aguero’s path.

“My players are heroes,” Pochettino said. “We deserve to be in the semi-finals.” And whatever the controversy, the emotion, the sense of City feeling sore, they did. They absolutely, whole-heartedly did. No-one can surely dispute that and the sight of their dogged determination was captured in the sight of another peripheral player, one who has not been the same since injury, in Victor Wanyama giving everything to tackle the quicksilver substitute Leroy Sane. He had nothing left. All he could do was boot the ball out.

Wanyama was breathless then and what an incredible, breathless start we had.

There were two fine finishes; two deflected goals and poor defending as the goals tumbled in. De Bruyne began it with the first of many runs before turning the ball out to Sterling who arced a right-foot shot around Kieran Trippier, as he backed off, and beyond Hugo Lloris.

It drew City level on aggregate but, stunningly, they rapidly fell 2-1 behind with Son striking twice. Twice Spurs capitalised on errors by Aymeric Laporte who intercepted Alli’s attempt to find Eriksen only to deliver it to Son whose first-time shot looped in off Ederson’s legs. Then Lucas Moura whisked the ball away after Laporte’s heavy touch and Spurs swarmed forward with Eriksen finding Son who arced a shot around Kyle Walker and out of Ederson’s grasp.

It was fast and loose and deliciously chaotic with Aguero surging forward and picking out Bernardo, unmarked on the right of the penalty. As Danny Rose tried to block he only managed to divert the shot past Lloris’s outstretched leg, as the goalkeeper dived to cover, and just inside the post.

Spurs held out for a further nine minutes before De Bruyne ran onto Bernardo’s clever back-heel and whipped the ball low across the face of the six-yard area and beyond the back post for Sterling to finish. After Sissoko pulled up with a groin injury Pochettino had to re-jig with Llorente coming on and it appeared Spurs’ midfield would be overwhelmed.

Chances came and went before – yet again – De Bruyne engineered a goal as he dribbled through to slide the ball to Aguero. Wide right, he struck a trademark powerful first-time shot whose velocity beat Lloris by his near post.

Guardiola turned to Fernandinho to lock it down but he could only watch as a corner sailed over him and over Vincent Kompany before striking Llorente and shooting into the net. It came off Llorente’s hip but did he also use his hand? It was referred, the referee checked and the goal correctly stood. Cukir checked again, after Sterling’s effort, and again the decision went in Spurs favour. Cue that silence. And the euphoria.