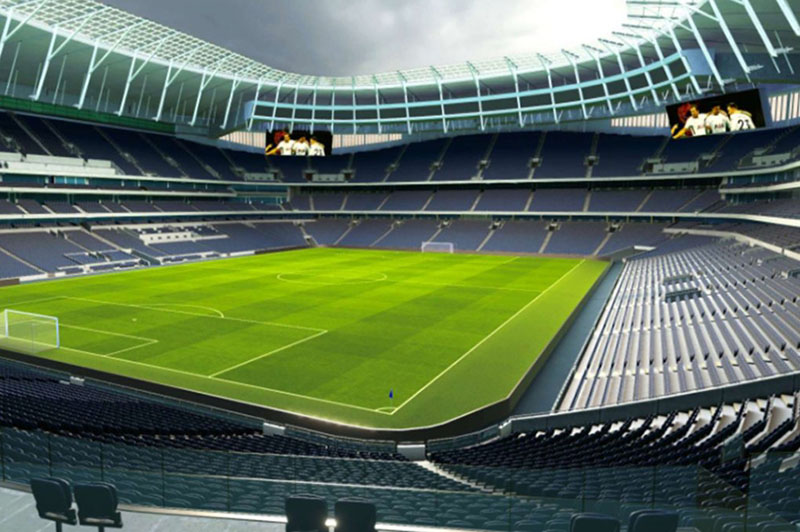 Tottenham Hotspurs’ game against Manchester United in January will be played at Wembley, the Premier League club announced on Wednesday, as their long wait to move into their new stadium drags on.

In a statement, Tottenham said that testing “is being conducted both during the day and night” on safety systems and that “barring no further significant issues we should then be in a position to schedule Test Events”.

“This does mean therefore that we need to confirm that our Premier League home game against Manchester United will take place at Wembley,” the statement added.

Tottenham have been hit by several delays during the construction of their new arena on the site of their old White Hart Lane home in north London.

Mauricio Pochettino’s side had originally been expected to play in the ground by September, but a series of building and safety issues have pushed back the grand opening.

“We are acutely conscious that we are asking fans to go to Wembley for far longer than any of us wanted to. However we are now seeing the progress that we needed to see,” said Spurs chairman Daniel Levy.

“Once again I want to apologise to fans and to thank you for your ongoing support.”

With the high-profile Premier League clash against United on January 13 now confirmed to be played at their temporary home of Wembley, Spurs will head into the new year still uncertain when they can open the new stadium.

Tottenham, who qualified for the Champions League last 16 on Tuesday after a 1-1 draw at Barcelona, say they are expecting an update from contractors in the week commencing January 7 2019.