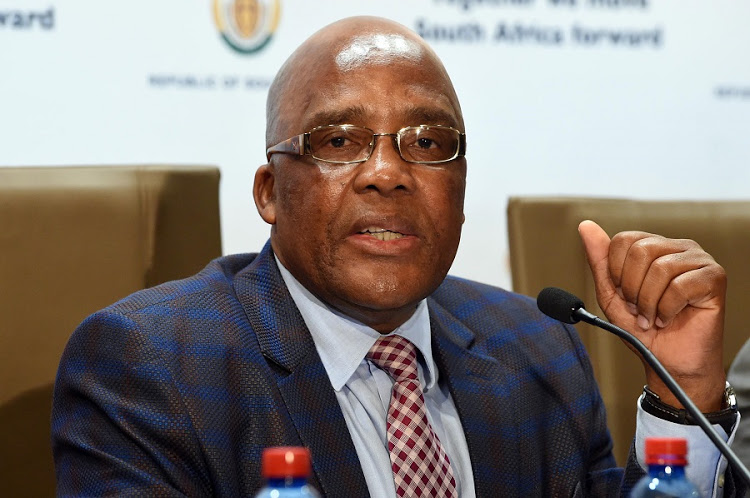 The home affairs minister was outlining the government’s Covid-19 intervention procedures as the country expected volumes of people to return to SA between January 2 and 14.

He said among reported inaccuracies were claims that the government, particularly his department, failed to plan ahead to reduce huge congestion at Beitbridge.

“It was also claimed that as a result of this lack of planning, four or five truck drivers died of dehydration while waiting in the queue because the state failed to provide water and ablution facilities.”

“Simply put, only 27% of the travellers who crossed Beitbridge last year did so this year.”

Motsoaledi said it was not true that the state had not prepared adequately.

Explaining what occurred, he said: “It is well known that Botswana introduced tight lockdown regulations and a strict curfew to protect her own citizens from the ravages of Covid-19. Many trucking companies found it unprofitable to cross into the region through Botswana. The SA border post with Botswana which is closest to Beitbridge is Groblersbrug.”

Usually at this time of the year, he said, Groblersbrug was used as an overflow area when Beitbridge could not cope with the number of trucks.

“This year it was the other way round. Trucking companies diverted their trucks away from Groblersbrug to Beitbridge because they did not accept the waiting times imposed by the Covid-19 protocols in Botswana.”

He said in December last year 6,706 trucks went through Groblersbrug.

“A simple analysis will show that Groblersbrug has 3,738 fewer trucks this year compared to 2019 and at least 2,000 of these trucks found their way to Beitbridge, hence the congestion.”

He said with this increased number of trucks, many truck drivers at Beitbridge panicked and thus abandoned prior arrangements which were made with authorities for a smooth flow of traffic.

“The normal arrangement is that trucks park in holding areas or truck stops where they finalise a myriad documents demanded by SARS and various trade protocols. By the time they leave the holding areas, most of this administrative work will have been completed, which will result in a smooth transition at the border post.”

Unfortunately, these holding areas were abandoned. Trucks parked on the road and occupied incoming traffic lanes, blocking traffic from Zimbabwe to SA.

“It is not apportioning blame to truck companies when these facts are stated. They are just facts which are backed by figures. And we cannot spin them in any other way, as the (Road) Freight Association of SA tried to in the past week. Indeed, facts are stubborn.”

The minister criticised inaccuracies about the deaths of truck drivers while waiting in long queues, which have caused confusion and anger in communities.

“Death is a very emotive issue, which flairs up passions to those who are listening. These emotions turn into anger because it is traumatic and psychologically debilitating to listen to stories of death continuously. This generates anger against the state,” said Motsoaledi, who was addressing the media on immigration matters and border law enforcement under adjusted Covid-19 alert level three.

He said it was reported that four or five truck drivers died of dehydration, hunger or exhaustion.

In a bid to ascertain the facts, the department of home affairs asked the Road Freight Association for the names of the drivers who allegedly died.

“Yesterday the CEO referred us to a police officer in Limpopo. When we phoned this police officer, he told us that he doesn’t know where all this is coming from or why we are being referred to him.”

It was later established that the police and the Limpopo department of health only had a record of one death, the cause of which was disclosed by the deceased’s family.

The other deaths, he said, were not related to the congestion over the Christmas period.

“There was, of course, some mortality of people who have nothing to do with truck driving, but are always in that area and this occurred on the 8th, 13th, 14th and the 22nd of December – i.e. before the period of congestion.”