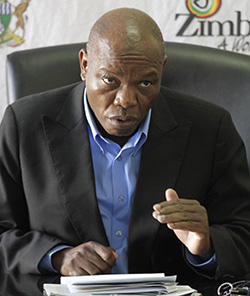 THE Zimbabwe Tourism authority (ZTA) says it anticipates an increase in annual earnings to $1,5 billion after an improvement in international sentiment, an official has said.
ZTA chief executive Karikoga Kaseke last week said the country had registered improvement on the World Economic Forum’s Travel and Tourism Competiveness Index (TTCI), which would have a positive bearing on arrivals.
The TTCI measures a set of factors and policies that enable the sustainable development of the Travel & Tourism (T&T) sector.
Zimbabwe improved from position 136 in 2010 to 115 out of 141 countries in 2015.
The country’s tourist arrivals increased by 2, 6 percent to 1,880,028 in 2014 from 1,832,583 recorded the previous year, but the figure was still below the overall regional growth of seven percent.
Last year, Zimbabwe recorded a marginal three percent decline in total annual earnings to $827 million from $856 million in 2013.
“Our operations have been hamstrung because we are operating on a very tight budget and we have had to be innovative. Our target is $1, 5 billion,” said Kaseke.Advertisement